Last year, at the abandoned Idomeni train station in Greece, I spoke with Kurdish sisters from Syria. They were living in a makeshift refugee camp on the nearby border with Macedonia. Just a week before, a small boat had carried them across the Aegean from Turkey. Back home, the women, both in their 20s, had studied health sciences at the University of Aleppo.

The older sister did the talking. She explained that they worked 16-hour days in an Istanbul sweatshop to make money for their passage. Like thousands of others at that camp, their onward march along the railroad tracks was halted by the abrupt closure of the checkpoint. Soldiers, concertina wire and politicians riding a rising tide of xenophobia blocked their way. I later learned that they had slipped across the border with the help of a human smuggler. Facebook tells me they are in Vienna.

I was at the station as part of a research program I lead, in collaboration with the Institute of International Education, which runs the Fulbright program and is supported by the Carnegie Corporation and the Open Society Foundations, to develop policy and tools that empower refugees to access higher education.

We plan to make the “human rights idea,” the principle that all people have dignity and rights because they are human beings, an elemental pillar in the university’s global footprint.

In the course of that research, I have spoken with hundreds of young refugees about experiences of exile and hopes for themselves, their families and communities. Early in the Syrian war — whether at a camp in Jordan, a café in Beirut or a refugee ghetto in Turkey — they told me they wanted to go home.

But as the war has continued into its seventh year, the young people have stopped talking about going home. I’ll never forget the one thing the younger sister did say: “I will not go back to Syria. I would rather have drowned in the sea.” I believed her.

The burdens of war fall heaviest on young people and their human rights.

My human rights studies colleagues and I have set for ourselves no less of a job than bringing the full force of UC Davis to bear on the world’s most pressing human rights problems, and especially on those that affect young people.

We plan to make the “human rights idea,” the principle that all people have dignity and rights because they are human beings, an elemental pillar in the university’s global footprint, by cultivating research and innovation in human rights thought and action across the colleges. At the same time, through a lifetime-learning initiative we call the California Olive Tree Project, we are educating a new generation of those who will embody the “human rights idea” as they embark on careers in public service, humanitarian action, business, law and education.

Kristina Hanna ’15 took my “Human Rights in the Middle East” class in fall 2014. The daughter of refugees from Iraq, she wanted to learn, in part, the reasons why her family sought asylum in America.

At the end of quarter, Kristina asked me to connect her to a nongovernmental organization that runs an afterschool program in a Beirut slum, where the following summer, she taught math and English to Syrian refugee children. Graduating with a human rights minor, she administers refugee resettlement and anti-human trafficking programs at the International Rescue Committee Sacramento office.

She told me recently how human rights studies had helped her understand the history of violence and crimes against refugees from places like Bosnia, Congo, Iraq and Syria, countries the IRC assists. Human rights studies has prepared her, Kristina explained, for her own “efforts to make the world a slightly better place.”
I returned from Greece with a better understanding of the kinds of human rights violations driving young people like the sisters to make the dangerous crossing into Europe. Clearly, the violence of their homeland and horrible exploitation they faced in Turkey played the primary role in sending them on that path. They also had left in hopes of completing their undergraduate degrees.

Attempts to enroll at a university in Turkey had been thwarted due to a lack of proper documentation and the cost of tuition. In Europe the women hoped to take advantage of scholarships, but they had little understanding of specific opportunities.

Refugee students across the Middle East have shared similar stories with me: missing documents, long waits to hear about scholarship opportunities, and contradictory and confusing information about how to apply for admission.
Still, getting these young people back into higher education is a global imperative. Education for all is a key principle of the “human rights idea,” and they are the people who will rebuild their society after the war ends or, what is the more likely case, help refugee communities integrate peacefully and successfully in those places where they have found refuge.

To meet the need, we have developed a human rights tool called the Article 26 Backpack. Named for the article in the 1948 Universal Declaration of Human Rights that affirms education as a basic human right, it blends cloud-based technology with face-to-face counseling to help refugees store and safely share documents with universities and employers. It even provides them with a chance to have credentials translated and course equivalencies and core competencies determined.

This fall, we will test the Article 26 Backpack with refugee students in Beirut and at Jordan’s Azraq camp. With it, I am confident refugee young people will have a better chance of resuming their education.

Keith David Watenpaugh is a historian of the modern Middle East and professor and director of human rights studies at UC Davis. He is the author of Bread from Stones: The Middle East and the Making of Humanitarianism (University of California Press, 2015). 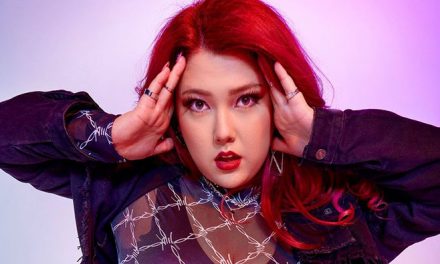 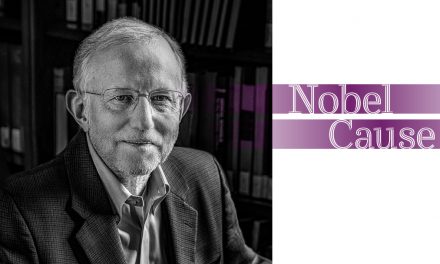 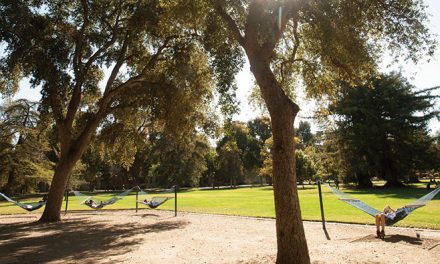