The curtains were down in Davis’ Richard Brunelle Theatre. The crowd’s anticipation showed through shouts of “That’s my big!” and “That’s my little!”

In May, Pilipinx Cultural Night, known as PCN, celebrated Philippine cultural dance and music for its 32nd year. It’s organized by Mga Kapatid, a Filipinx-interest cultural, social, and academic club at UC Davis. The organization encompasses several different student groups on campus, including MK Modern, a contemporary dance group, and MK Vintage, a cultural dance group. Last year, music group MK Ensemble joined the organization’s portfolio, and from this year on, it will be a part of MK Vintage.

Matthew Espina Harris, the club’s past treasurer and a fifth-year communications major, founded the ensemble — a collegiate student-run ensemble dedicated to kulintang, a Philippine adaptation of the broader gong music culture in Southeast Asia.

“[Before UC Davis], I didn’t know there was Philippine dance and music, aside from Tinikling [a Philippine folk dance performed with bamboo sticks], so I was shocked to learn that we had this entire music culture, and I fell in love right away,” said Harris. Through PCN, he took part in rondalla, a string ensemble playing pieces that accompany cultural dances. 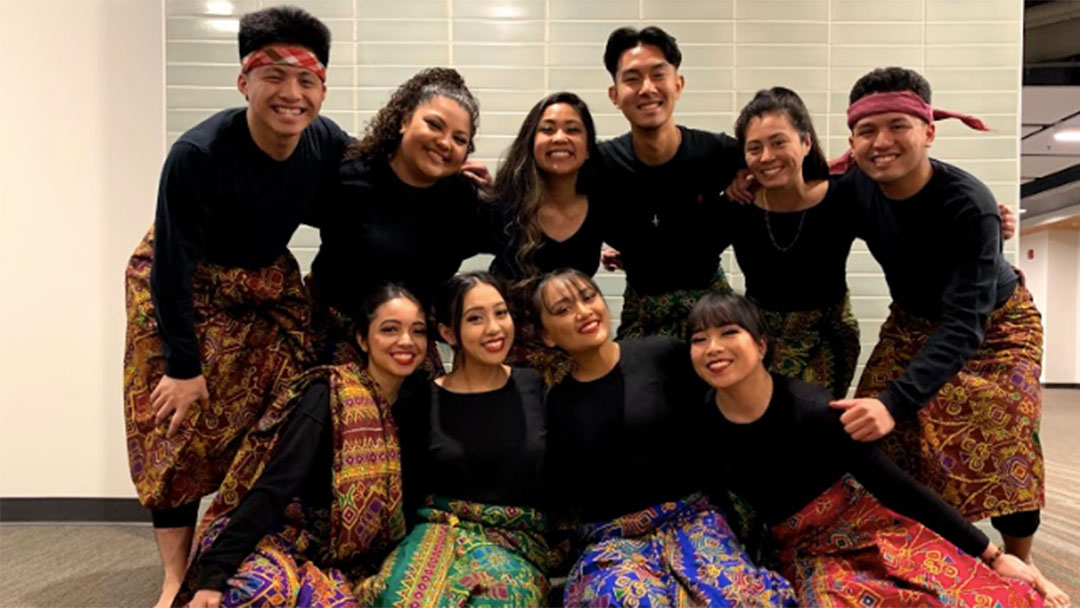 However, outside of the group’s first performance, Harris chose not to focus on rondalla pieces when directing MK Ensemble. “I found playing kulintang instruments was invigorating, since you’re smashing a gong,” he said. “It made it easier to get people involved.”

The ensemble is open to all students interested in playing kulintang. Linked to the Maranao and Maguindanaon people in the Philippines, kulintang only reached the United States about 30 years ago, according to Harris.

“Everyone who plays kulintang here comes from the same lineage, from the master of kulintang in the United States — Danny Kalunduyan,” Harris said. “He brought research on kulintang to life and shared it; his students went off and created their own things, and people wanted to learn more and more, so 30 years later, there’s a whole generation of kulintang players.”

MK Vintage had lapsed into inactivity in 2018, and in 2019 — for Mga Kapatid’s 50th anniversary — the organization planned to revive it under student directors Leigh Bagood and Jowi Deguzman. “I thought, why don’t we bring back live music, too? So musicians can explore their culture,” Harris said.

So during the summer, Harris did his research. He drove to Oakland twice each week, learning to play every instrument in both the kulintang and rondalla ensembles — rondalla with the American Center for Philippine Arts on Wednesdays, kulintang with House of Gongs on Saturdays. 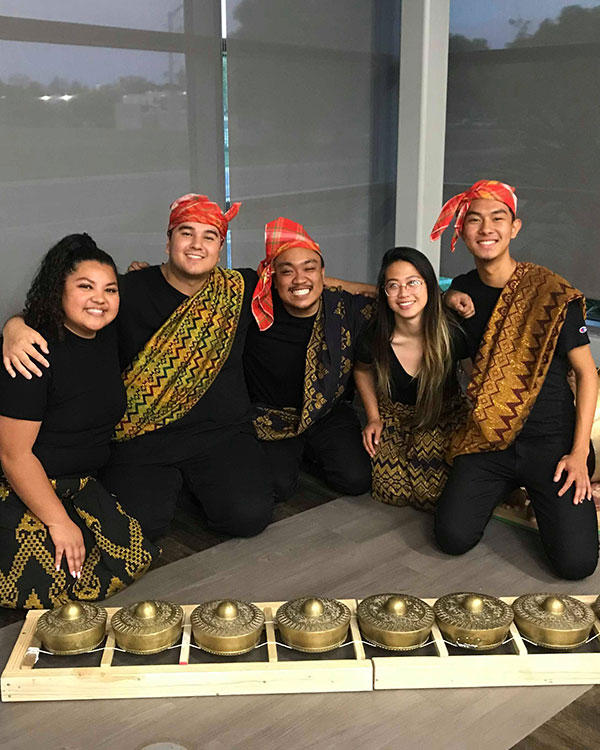 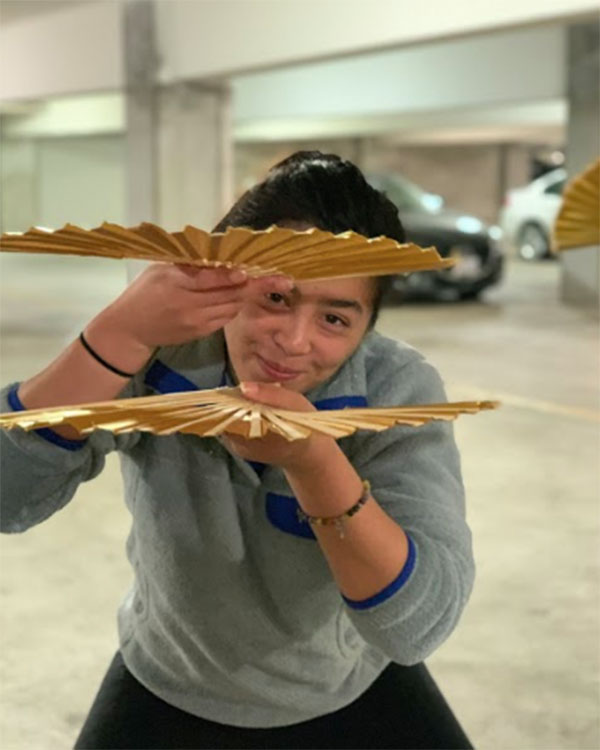 Ira Miguelle Bangawan, a third-year psychology major, peeks through a fan during MK Vintage rehearsal. Many dance groups on campus use the Hutchison parking structure at night to practice. 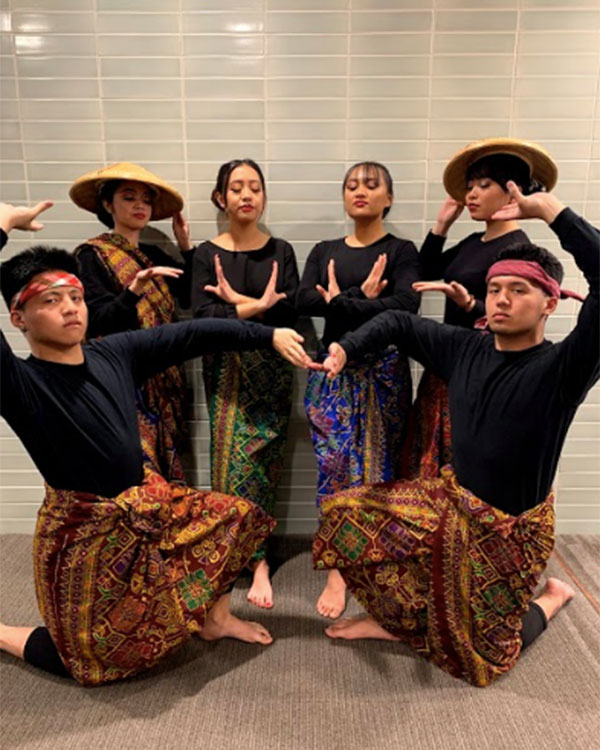 MK Vintage members strike a pose after a performance.

The ensemble uses pieces from professional dance companies such as Little Manila Dance Collective, paired with dances that are restaged by MK Vintage choreographers. To Harris, outlining this distinction — that pieces are not the group’s original works — isn’t just about signifying a broader connection to the Philippine dance community.

“These are thousand-year-old traditions, and they’re taught from family member to family member,” he said. “You have to really understand who teaches what piece, because it’s art. It’s someone else’s tradition; it’s not our culture. Not all of us are Moro. You want to make sure you give credit to the people who brought it and taught it here.”

One of those teachers who shaped Harris’s directing is Brian Batugo, director of Little Manila Dance Collective, based in the Little Manila area of Stockton. Batugo said he similarly fell in love with Philippine dance and music through cultural nights — first at the University of the Pacific in his hometown, then at UC Berkeley, his alma mater. Now, he also works as the leadership teacher at Edison High School and helps with the Little Manila after-school program, teaching youth about Philippine history.

“I love sharing the experience with young performers. That’s why I continue mentoring, so there will always be a line of Filipino Americans who want to pay tribute to their ancestors,” he said.

And for those involved in MK Vintage, participation can strengthen empathy and advocacy. Celin Corpuz, a second-year Asian American studies and theatre and dance double major, said she first grew to love dance through learning from Batugo. 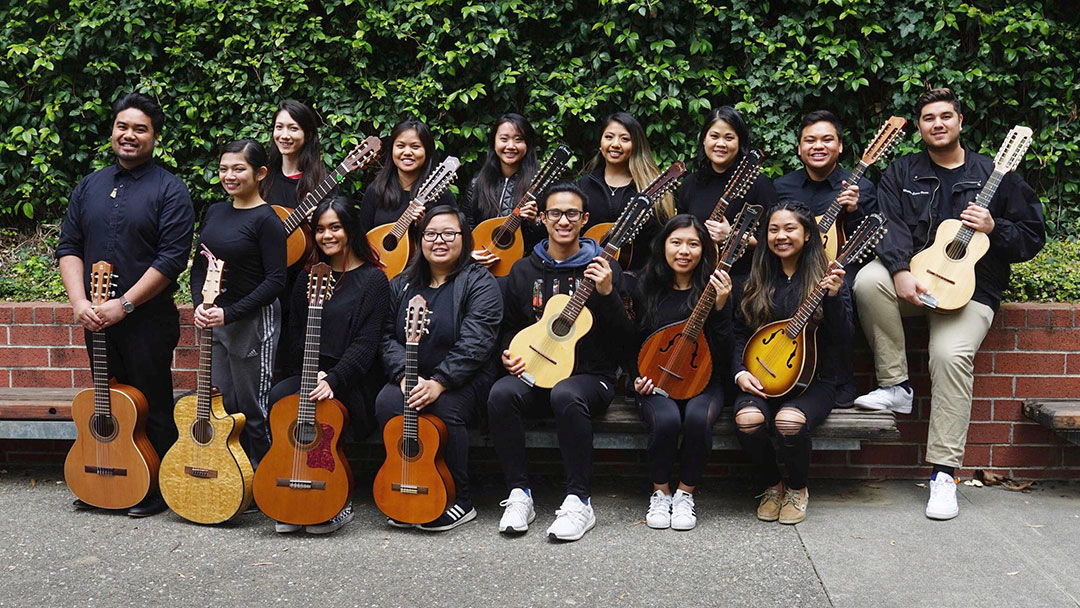 Corpuz dived into traditional Philippine dance, becoming one of the restagers for MK Vintage. The experience provided teachable moments for her: Though she initially restaged based on traditional gender norms — male and female parts — she now thinks more seriously about the effect of the rigid roles given to dancers.

“I’ve become transparent to dancers that whatever dance they feel like performing, gender shouldn’t be an influence. Dance is about how you want to express yourself without society telling you what to look like,” she said. Because MK Vintage’s pieces are arranged largely for dances from Southern Mindanao, a majority-Muslim region in the Philippines, the experience has also empowered Corpuz to advocate for more representation of such dances.

“Our people [those from Southern Mindanao] are often treated with Islamophobia due to today’s political climate,” said Corpuz. “It’s more than an art form — it’s a political stance as a dancer. By acknowledging that these dances are lived experiences, we are sharing their narratives and contributing to providing more historical context within the Fil-Am diaspora.”

Moving forward, MK Vintage will be helmed by a four-person core team. Harris graduates after fall quarter and has already handed down the instruments to the new ensemble director, Christian Ona. Aizlrose Albon, a second-year Asian American studies major, is MK Vintage’s new dance director. He said he is excited to carry on Harris’s legacy.

“For music, we definitely want to bring in what we learned and what Matt Harris left behind,” he said. “And for dance, we want to showcase the material people have never seen, a certain dance style Davis has never used before. I really can’t wait for a shift in the Davis community and how we’ll evolve as a whole.”