Some of Rebecca Calisi’s first lessons in animal science came from her experiences growing up on a cattle ranch along the Texas-Mexico border. There she learned about the mix of cattle known for their dairy production and ability to thrive in sweltering heat — a great dual-purpose animal.

Calisi, an assistant professor of neurobiology, physiology and behavior, previously had been afraid to talk about her upbringing in her lectures about animal behavior.

“I was worried because I didn’t know how they would be received. But it’s important to be myself — to show students a mirror,” said Calisi, who started getting better student evaluations when she conquered those fears.

Calisi is among dozens of professors hired at UC Davis in the last four years as part of an effort to diversify the university’s faculty. The plan is aimed at creating a faculty that better serves the state, inspires underrepresented populations to pursue science, technology, engineering and math fields (or STEM), and brings a variety of views to tackle research problems.

“We thought we should be serving the majority-minority community in California,” said Mary Lou de Leon Siantz, the founding director of CAMPOS — the Center for the Advancement of Multicultural Perspectives on Science — and a professor at the Betty Irene Moore School of Nursing. “All of these groups have had very limited participation in the STEM community.”

The process is slow going, but the university is making progress. More than half of the faculty members hired since 2012 have been women, and the number of female faculty members has increased from 32 percent that year to 37 percent in 2017.

UC Davis’ efforts have been funded, in part, by a $3.7 million grant from the National Science Foundation that led to the creation of UC Davis ADVANCE and CAMPOS. CAMPOS seeks to recruit faculty members who focus on building diversity in STEM, especially those who encourage and mentor Latina scholars.

This is the grant’s final year. Going forward, the ADVANCE programs will be housed under and funded by the Office of the Provost.

That buy-in from the university’s leadership is an essential part of success, de Leon Siantz said.

“That’s what it takes at a major research-intensive university,” she said. “You need to have not only money, but support with a vision from the leadership at the very top.”

UC Davis is hardly alone in seeking diversity. In recent years, calls for faculty diversification have swept across the nation. The American Council on Education found that more than 80 percent of student protest groups that listed demands on an activism website in 2015 — the year of the Concerned Student 1950 protests at the University of Missouri — wanted greater faculty diversity.

And universities around the country are making progress: The number of female faculty members at all postsecondary institutions rose from 39 percent in 1993 to 49 percent in 2013, according to the Institute of Education Sciences, the statistics and research arm of the U.S. Department of Education.

Still, the demographics of California’s top universities don’t match those of the state. Despite gains in diversity compared to a decade prior, the faculty of the University of California and California State University systems was predominately white and male as of 2015, according to data reported at a state assembly hearing last year.

“That mismatch will scare people away,” said Mariel Vazquez, professor of mathematics, microbiology and molecular genetics, and a member of the first class of CAMPOS scholars. “It sends the message that diverse populations can’t succeed in science.”

Professor of mathematics, and microbiology and molecular genetics

She said she’s thankful to be around fellow CAMPOS scholars, “women who are doing top science in their fields and at the same time sharing similar challenges.”
New faculty scholars are hired each year under the CAMPOS program, and the six newest — including Calisi’s husband, a microbiology and molecular genetics professor — were welcomed in November.

Chancellor Emerita Linda Katehi, the principal investigator of UC Davis ADVANCE, told a crowd at the welcoming event that she and the program’s other founders envisioned a network of women who could “bring with them their multicultural perspectives in science and be able to connect with each other and support each other.”

To further this goal, as new faculty members are hired through CAMPOS, they form a group that meets on a regular basis to share their perspectives and offer support.

“I don’t have to censor myself anymore,” Calisi said, recalling past colleagues who warned her not to be a squeaky wheel. “I have a supportive group of women scientists who won’t ‘tone police’ me — they’ll amplify me.”
They’re also acting as role models and inspiration for students.

Assistant professor of civil and environmental engineering Maureen Kinyua, one of the newest CAMPOS faculty scholars, knows firsthand the impact of role models. She was confident she could become an engineer because Wangari Maathai, the first black African woman to win a Nobel Prize, is from the same Kenyan town where she grew up.

Now at UC Davis for about a year, she stands out in her field: At a recent barbecue for a black engineering society, someone pointed out the rarity of black women in STEM fields and called her “a unicorn.”

“I would like to stop being a unicorn,” she told the crowd at the November event, adding later that she hopes her presence inspires more black women to pursue engineering.

Kinyua said she feels good when she meets a black, female engineering student and suspects those students feel the same way when they meet her.

Cindy Rubio Gonzalez, an assistant professor of computer science, connects with students in a way other faculty members might not be able to. A third-year student once told her she was the first female professor she’d had, and some students prefer to speak with her in Spanish.

“They tell you more about their lives because they have something in common with you,” Rubio Gonzalez said.

California’s Proposition 209 in 1996 eliminated affirmative action in the state, so public employers like the University of California can’t give preferential treatment based on sex, race, color, ethnicity or national origin. The faculty members hired through CAMPOS stand on their own merits.

The CAMPOS scholars have brought millions of dollars in grants to UC Davis — one earning a rare perfect score on a National Institutes of Health grant application — and two have earned tenure. 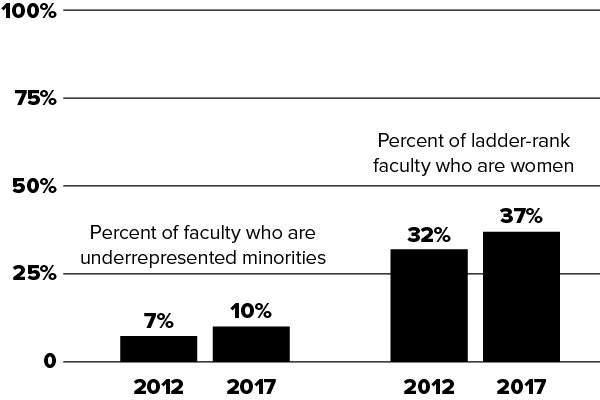 Hiring faculty is a slow process — a limited number of positions become available or are created in any given year — but UC Davis has made diversity a priority. Forbes named UC Davis a top college for women in STEM in 2016.

CAMPOS and its various programs have proven effective in recruiting sought-after faculty candidates.

Rubio Gonzalez said she had several job offers, but CAMPOS helped convince her to come to UC Davis.

“It was only Davis that had a concrete plan” to increase diversity, she said. “Everywhere else it was just talk.”

UC Davis is also making itself more attractive to potential faculty members who want to have a family: New tenure-track faculty typically have to be promoted within their first seven years on the job to be granted tenure, but the university will pause that countdown when a faculty member has a baby or adopts a child.

The university will also pay for an extra caregiver to accompany mothers who are breastfeeding when they come to campus for the two-day faculty interview process, and will allow extra breaks so they can feed their infants.

Calisi said although some faculty members might not want the help, she’s thankful to have the option.

“I was convinced this career was not possible for someone who wanted what I wanted, which was a life,” she said. “UC Davis and CAMPOS have shown me that’s not true. They welcome the perspective of a working mother and an underrepresented minority.”

Still, they know room for improvement exists and are setting their sights on the next hurdle: affordable childcare.

“We will never have complete equality and access to professional success until we address this,” said Maureen Stanton, vice provost for Academic Affairs.

As UC Davis continues to grow, more than 150 new faculty positions are planned by 2020. ADVANCE and CAMPOS will continue to play a role in their recruitment. The leaders of the programs say UC Davis is gaining attention for the initiatives. 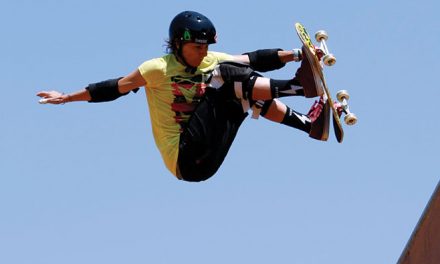 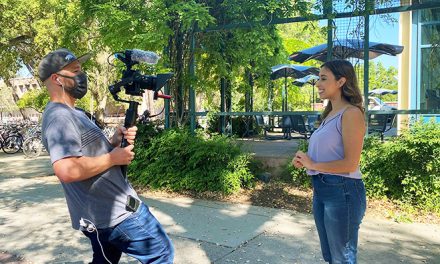