We first met these three students as they embarked on their first year at UC Davis. Now, we catch up as they prepare to graduate.

Four years ago, UC Davis Magazine featured five freshmen who arrived from different origins with unique aspirations, passions and backgrounds. They each described what it was like to embark on their first year of college. As they approach graduation and near the end of this chapter, three of them share what they’ve learned about themselves, their plans for after their undergraduate studies, and what changed — and what has not — over the past four years. 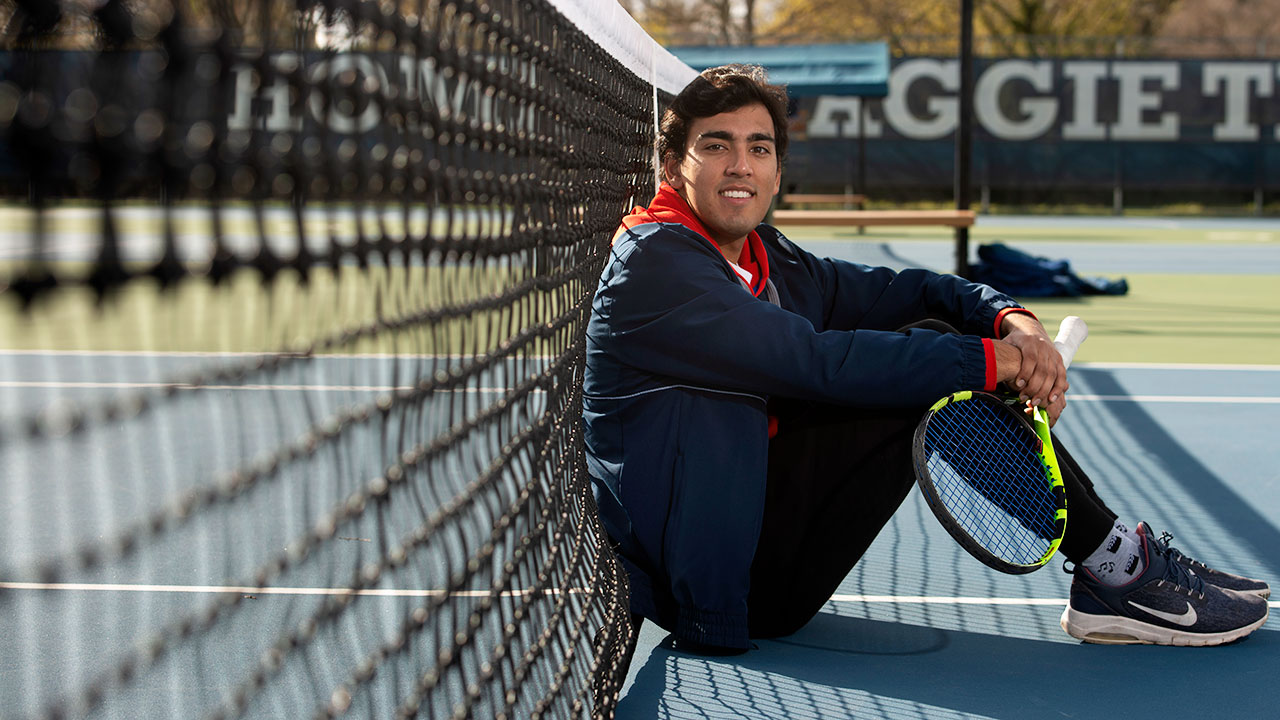 As a 17-year-old, Chethan Swanson had a pretty clear image of who he was: having played tennis since he was 8, he came to college with goals to grow as an athlete and to balance his academics alongside athletics. At 21, he said he feels he has a great command of both, while having discovered new passions along the way.

Since his freshman year, the Folsom native has maintained his major in economics and declared a minor in technology management to boost his software skills. After graduation, Swanson will work as a tax consultant in the Bay Area, with the goal of becoming a management consultant down the line.

Junior year, he joined the Economics and Business Student Association as a way to participate in another student community. As the organization’s director of finance, his role in managing club funds, calculating event costs, and mentoring a team for quarterly case competitions has prepared him for professional business management and strategic consulting.

As for athletics, tennis is cancelled due to COVID-19 and Swanson has not competed for almost a year. Nevertheless, he shared that he’d like the opportunity to play another conference championship and enjoy his last college tennis match. “I think I’ll play tennis my whole life. For me, it’s just kind of a chance to say goodbye to the competitive sport,” Swanson said. 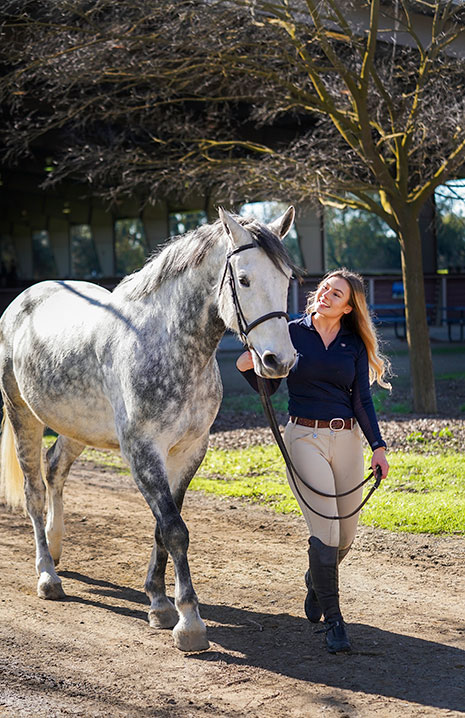 When she thought about college, Laney Hauschildt said she wanted a home for herself and her horse, Rio. Having grown up together in her hometown of Sebastopol, Hauschildt was ready to take the next step in life with Rio by her side and was able to do so thanks to the UC Davis Equestrian Center, where Rio continues to reside.

Now in her senior year, Hauschildt said she finds herself reflecting on a journey of tremendous self-growth, and one in which she did not take anything for granted. “I’ve been grateful from the second that I got my acceptance letter. I can’t imagine having [my college experience] anywhere else. UC Davis was the perfect place for me to be,” Hauschildt said.

Hauschildt said she feels very satisfied with the Equestrian Center and its treatment of Rio, a Holsteiner warmblood. “It feels like everybody has your back and gets to watch your baby. I feel like he’s really safe and well taken care of. Even if we didn’t compete every year or join a team and work under somebody, I still feel like we really grew and got to take advantage of the resources here,” Hauschildt said. Having Rio with her at school helped tremendously with her mental health and the initial transition to college, she added.

Undecided as a freshman, Hauschildt now majors in psychology. She recalled how she discovered her love for the field after taking an introductory course in her freshman year. “No matter what I end up doing career-wise, it guides every aspect of my everyday life. It’s so applicable to the real world,” Hauschildt said. After graduation, she plans to obtain a real estate license and work in real estate before potentially attending graduate school.

As a freshman, Hauschildt said she felt insecure, confused and unsure of who she wanted to be or who she wanted to surround herself with. As she nears graduation, she said she feels peaceful and comfortable with herself and where she is in life. “[Davis] was a really good place to settle in and take a deep breath. I feel like I’ve grown a lot in my self-acceptance,” Hauschildt said. 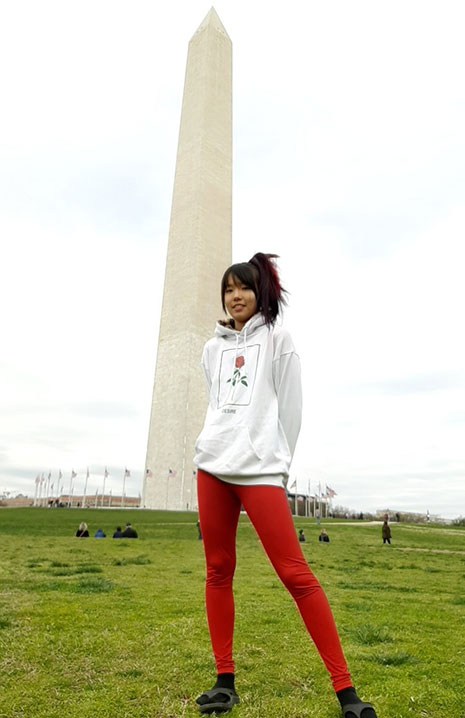 Wei-Hsin “Alice” Hung had a hard time choosing just one subject during her freshman year. As an international student from Taiwan, Hung found herself swept up in the myriad extracurriculars the Davis community has to offer her.

She ultimately decided to double major in managerial economics and psychology. The former subject is inspired by her parents’ work in the Taiwanese business industry, and the latter was chosen solely for her passion for the field. Alongside academics, Hung has indulged in a variety of hobbies, from making art in her free time as a form of therapy to playing badminton with her friends.

Hung said she learned a lot about her creative self over the past four years. She found new passions in arts and crafts — which  have been especially meditative and relaxing in times of stress. “I could really focus on the stuff I was doing at the moment without worrying anything about the catastrophe happening in my surroundings,” Hung said. She said she also feels more confident in her English skills.

Though she wasn’t homesick at the beginning of her college experience, quarantining toward the end of her college career brought it about for the first time. Not having access to hot pot and Taiwanese cuisine, on top of isolation during lockdown, led Hung to feel very homesick. She started to look for ways to cope with this new toll on mental health and discovered a new love for hot yoga, as it helps to keep her active. In Davis, Hung spent a lot of time in the badminton court in ARC, where she met most of her friends. “The badminton court is like my second home,” Hung said.

Hung has been in Washington, D.C., for most of her senior year and plans to stay in the U.S. post-graduation.