Sculptor Victor Cicansky, M.F.A. ’70, explores Canadian prairie imagery, including the gardens of his lifetime, as a consistent theme in his work. 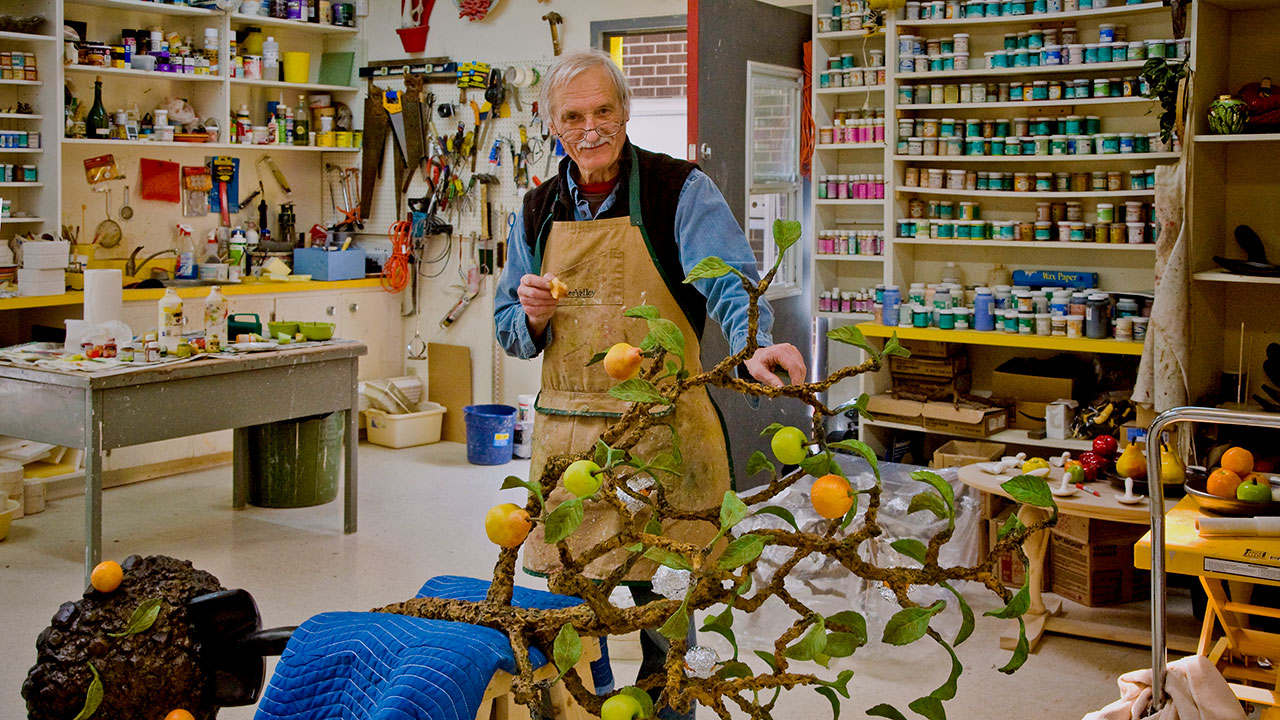 Victor Cicansky in his studio

Victor Cicansky, M.F.A. ’70, hasn’t let the pandemic slow him down.

The Canadian sculptor gets up at 4 a.m. every day, does a half hour of qi gong and then heads to work in his home studio. He’s also an avid gardener, with an intimate relationship to the plants and trees of the Canadian prairie, where he grew up. He turns 86 next month.

Before the pandemic hit, Cicansky had a busy lineup of appearances and exhibits. In 2019, gardening took center stage with the show Sexing The Garden at the Slate Fine Art Gallery, and in 2020 with The Gardener’s Universe at the Mackenzie Art Gallery. The latter was a retrospective of more than 50 years of work, which included more than 100 ceramic and bronze works and a book that highlighted his art.

The book also presented Cicansky with an idea.

“I thought maybe it’s time I sat down and wrote my own stories,” he said.

Up from Garlic Flats (Radiant Press, 2019) is a memoir of sorts, starting with childhood stories in his hometown of Regina, Saskatchewan, and recounts many experiences as a graduate student at UC Davis.

UC Davis Magazine recently spoke with Cicansky about his passion for sculpting and nostalgia for his time in TB9, which is still the home of the ceramics studio at UC Davis.

Inspired by the plants of childhood

Cicansky can trace his love of gardening to growing up in the Garlic Flats neighborhood of Regina, an area that once comprised the east end of the city and was home to many Eastern European immigrants at the turn of the 20th century.

“My dad was born in Romania, and my grandparents were always great gardeners, and we always had big gardens,” Cicansky said.

Shovels, spades, roots, trees, and jars of fruits and vegetables have been recurring themes in Cicansky’s work. His interest in clay also started early in Regina, where he said it’s in the ground. 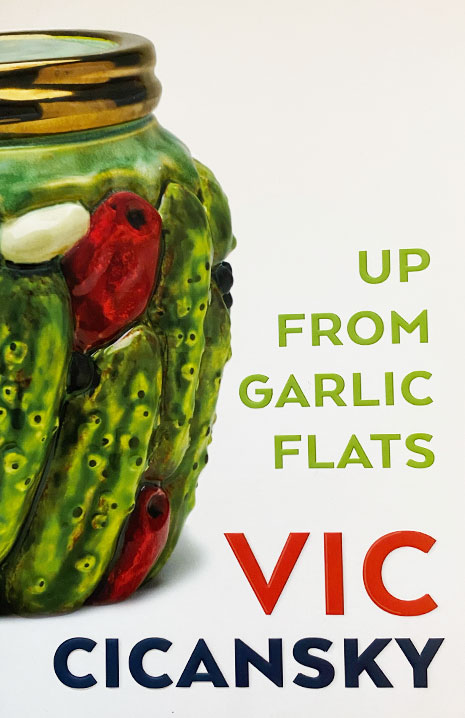 Though he showed a knack for art in school, he dropped out at 16 to work in construction. After a few years, he was able to attend Regina College, now the University of Regina, when it offered a matriculation program for those who previously dropped out of school.

“If someone had asked me as a kid, make a list of all the things I’d like to do, teaching wouldn’t have even been on the list!” he laughed. “I didn’t think that was it, but I thought maybe I’ll learn something.”

Cicansky also has vivid memories of his time at UC Davis — and the serendipity involved to get him there.

In 1967, he and his wife, Fran, attended a summer program at the Haystack Mountain School of Crafts in Deere Isle, Maine. There, he met famed ceramicist and UC Davis professor Robert Arneson. 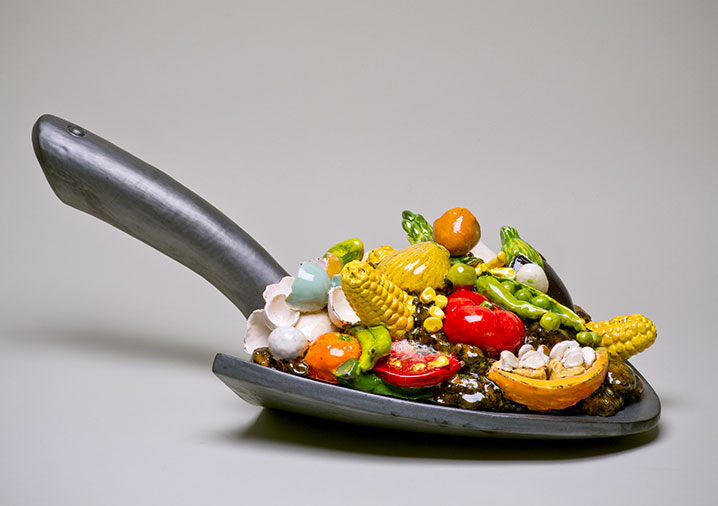 Shovels and compost have been recurring themes for Victor Cicansky. 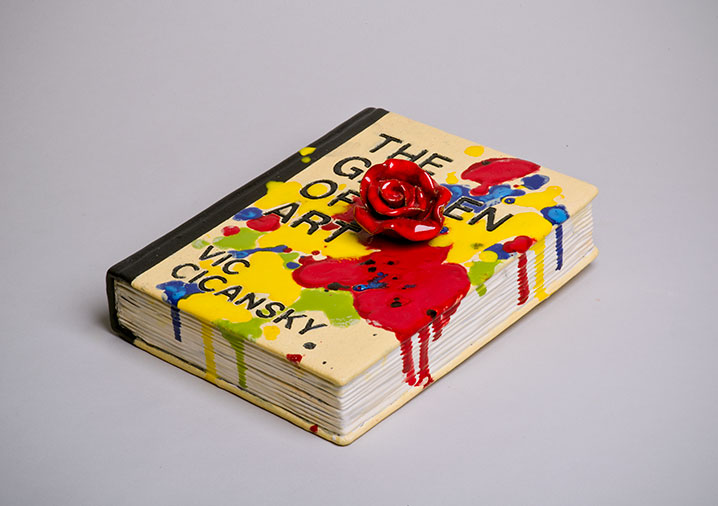 “The Garden of Art” by Victor Cicansky

Cicansky had developed a style that expanded upon clay’s history as a functional medium for saucers and plates.

“I had a sense that clay as a sculptural medium had the potential to express bigger ideas,” he wrote in Up from Garlic Flats. “… I set out to explore other ways of working with clay as a medium of expression. My inclination, when it comes to making things, leans more towards the ridiculous, the absurd and the humorous.” 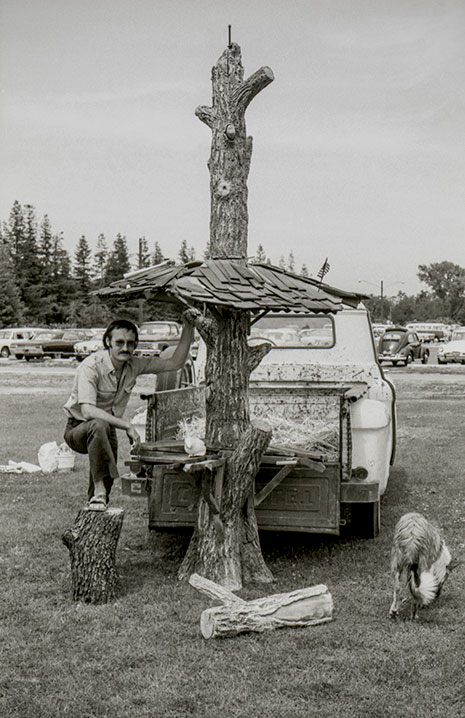 At Haystack, he presented a series of nonfunctional mugs, casseroles, a teapot to Arneson, who invited him to come to UC Davis. He enrolled in the M.F.A. program, and Fran attended California State University, Sacramento.

“I had never heard of Davis,” Cicansky recalled. “It was just what I was looking for — freedom to follow my passion in making art.”

At UC Davis, Cicansky said, he found great friends and mentors. They thought similarly about looking for new ways to work with clay.

“Bob [Arneson] took ceramic sculpture at Davis in a new direction, abandoning ceramic conventions, and pushing boundaries,” Cicansky wrote in Up from Garlic Flats. “There was a strong belief in the aesthetics of clay, freeing clay from the limitations of craft and academic attitudes that relegated clay as a lesser sculptural medium.”

And more broadly, he wrote, “Professors in the art department were outstanding and creative. They championed individuality, and pushed each other and graduate students to produce challenging works based on their own experiences.”

For his final exhibit, he took inspiration from a trip to the Redwoods State Natural Reserve near the Russian River. He built a 17-foot ceramic redwood picnic table with a detailed canopy and stools fashioned to look like tree stumps. Called “The Last Picnic,” the table also featured a ceramic lunch and crows waiting for the scraps.

He was awarded his M.F.A. and moved back to Canada to teach art education at the University of Regina.

Cicansky taught at the University of Regina for more than 20 years, returned to UC Davis many times to teach, hold shows and support his colleagues. He became professor emeritus in Regina in 2007. 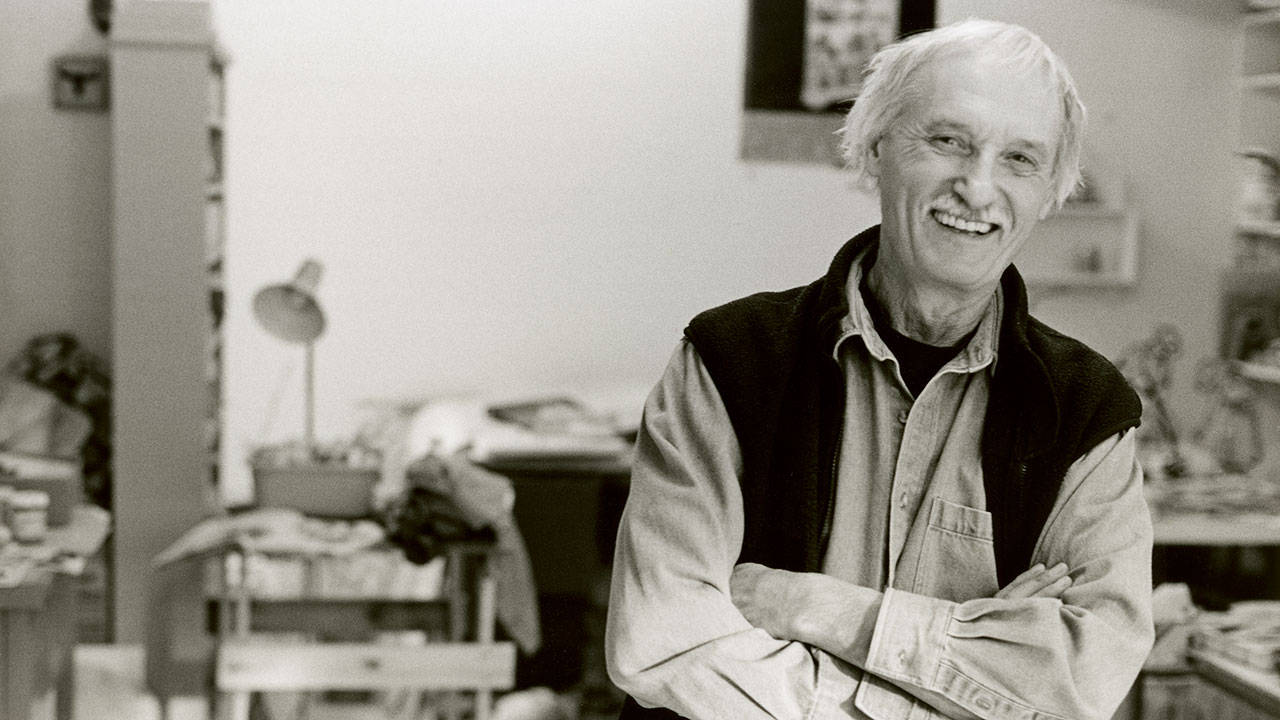 Among many honors, he was appointed member of the Order of Canada in 2009. His work has been exhibited in solo and group exhibitions across Canada, the United States, Japan, and Europe.

And when a community garden was first considered for Regina 10 years ago, organizers aimed to create a space that provided plots for growing and also artistic activities. They fittingly called upon Cicansky to create sculptures for the entrance and a gazebo. It is now close to being finished.

“On a warm day, it will be assembled,” he said, noting the local temperature at the time of the interview was 0° F.

Despite the cold weather — and the global pandemic — Cicansky is keeping busy. In the studio, he’s working on tree trunk pieces, and revisiting spades. He takes regular walks in a nearby park.

“I’m in good shape,” said Cicansky. “We eat fresh food. We can stuff. I’ve been a big exerciser. Maybe I will turn 100, like Wayne Thiebaud.”