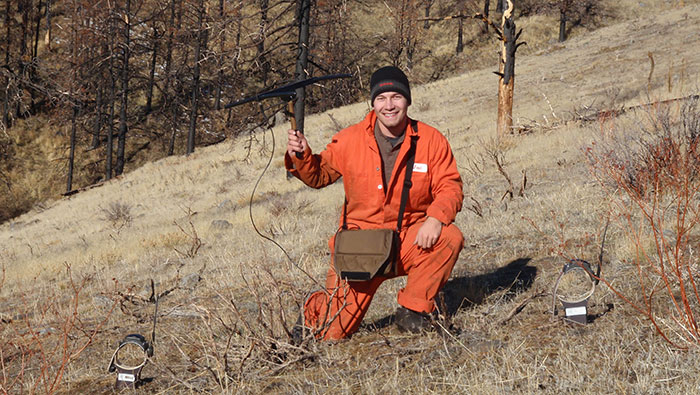 In June, Josh Bush was going through his morning routine when he got a call that changed his plans for the day.

“My wife was still asleep … I went up to her, kissed her on forehead and said ‘I gotta go. There’s a bear at UC Davis, and I’m going to be on the news,” Bush ’07 said.

As the California Department of Fish and Wildlife’s wildlife biologist for Yolo, Lake and Colusa counties, he was responsible for finding a way to safely capture the black bear that wandered onto the campus of his alma mater in June.

“It was kind of full circle,” he said. “I got my degree here in this exact thing, and it’s fun to come back and put it to use.”

Working with a team of wardens and another wildlife biologist, fellow alumnus Ryan Carrothers ’10, he captured the bear to be released into a more bear-friendly area in Colusa County.

The episode marked the first time Bush had to rescue a bear; his job typically has him tracking deer and elk, including a project with Tom Batter, a doctoral student in Mammalian Ecology and Conservation, to track tule elk populations. They do so by collecting DNA from elk droppings, tracking details about various herds. Those trips into the field can last days at a time and involve him spending entire days walking through a sparse area, collecting droppings. 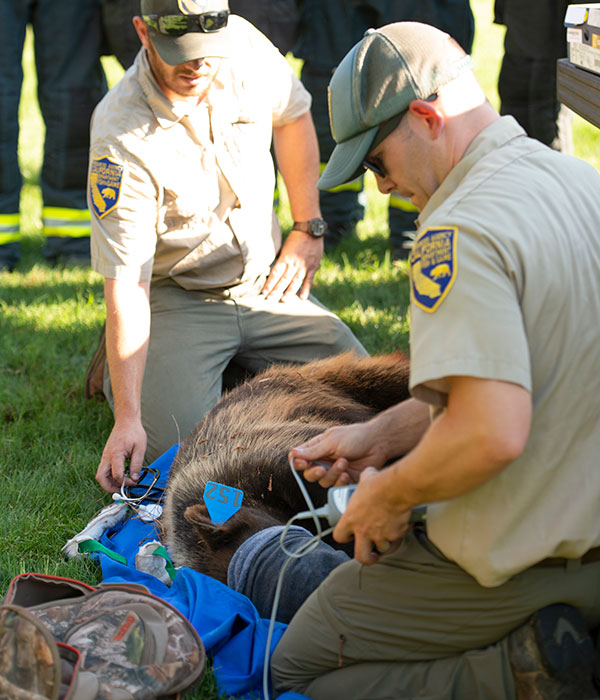 He doesn’t always have to pack a sleeping bag to work, and spends about half of his time at an office in West Sacramento, answering questions about problem wildlife or other conflicts between people and wildlife, and writing reports or reviewing documents. He also leads a committee for land acquisitions, and recently helped coordinate the acquisition of a conservation easement for a 2,000-acre property in Colusa County to protect a breeding ground and habitat for tule elk.

Bush grew up hunting and exploring the outdoors with his father and other family members, and knew from a young age that he wanted a job that dealt with wildlife. Unsure of his options, he discovered the wildlife, fish and conservation biology major at UC Davis in a brochure.

“I earmarked that, and I never veered,” he said.

As a student he started working part-time with the Department of Fish and Wildlife and even met his now-wife, Cassie Bush ’07, a clinical lab scientist at UC Davis Health. The pair live in West Sacramento with their 5-year-old daughter.

Although he said he likes the change of pace that comes with splitting his time between an office and the field, he encourages everyone to spend time outdoors.

“Spend some time in a [hunting] blind or walking around early in the morning when the birds are chirping and there’s a layer of fog on the ground,” he said. “If you sit still enough you’ll notice things you’ve never noticed about wildlife and the environment. … It’s really about getting out in nature, putting down the phone and appreciating what’s around you.” 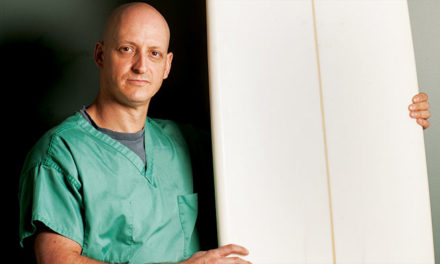 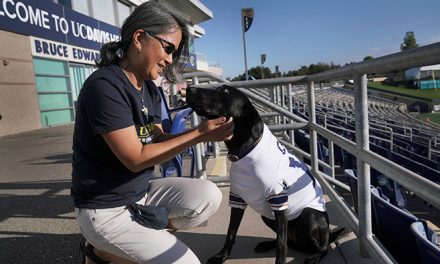