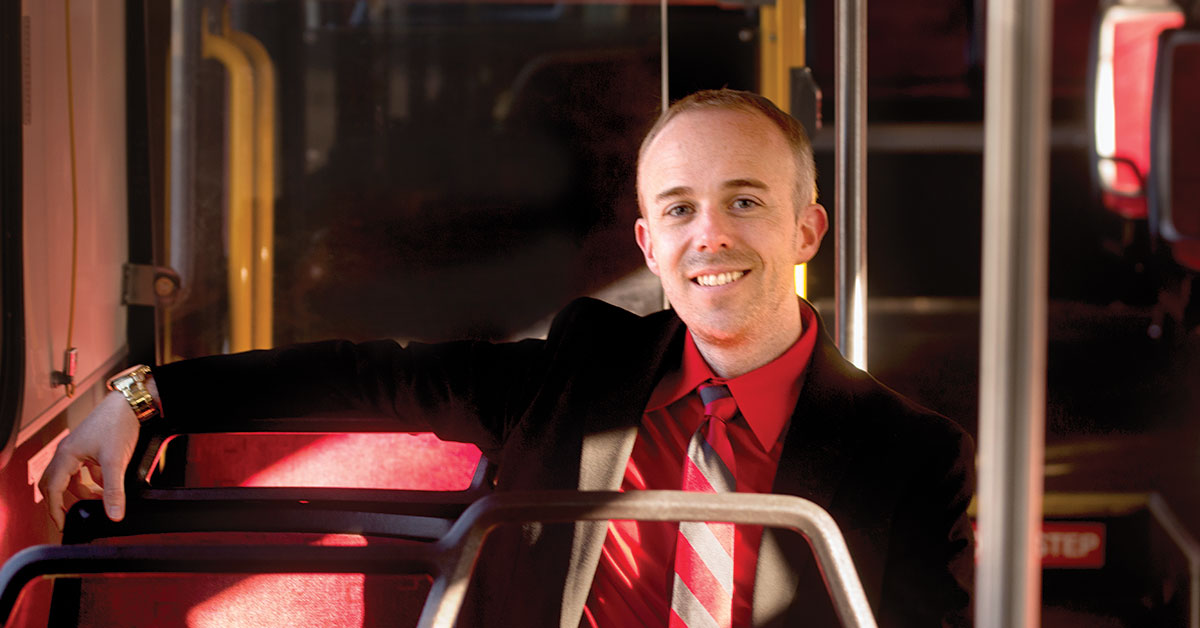 Former Student Driver Takes Unitrans into the Next 50 Years

Approaching its 50th anniversary, Unitrans in some respects looks much like it did on the day it began, Feb. 28, 1968: vintage double-decker buses from London, and enthusiastic drivers and conductors, carrying their fellow students to and from campus.

And that’s how we like to think of Unitrans and its iconic red buses old and new — as our homegrown, small-town transit system, only bigger! Founded by the Associated Students of UC Davis as the University Transit System, Unitrans today has a fleet of 48 buses on 18 routes, carrying more than 4 million passengers a year, or about 22,000 a day. 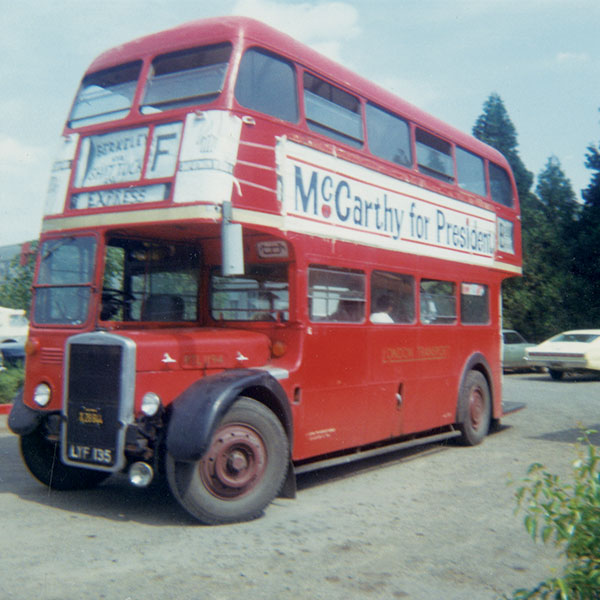 Above: one of the original double-decker buses (Special Collections/UC Davis)

Despite the growth, said Jeff Flynn ’05, who took over as the general manager last summer, “Unitrans doesn’t have the feeling of an urban service. It’s a fun ride.” And he should know, after five years at San Francisco Muni, most recently as the chief transit officer.

Flynn worked as a student driver and manager at Unitrans, and pays due respect to its history and “all the people who have made Unitrans what it is today.” Still, just like the managers before him, he’s got his eye on the future — in particular, the fuel source for Unitrans buses. Most of the fleet today runs on compressed natural gas, and Unitrans is now working with campus administrative and academic units — Design and Construction Management, and the Institute of Transportation Studies — on an electrification plan in support of the university’s and city’s carbon neutrality goals.

But don’t think for a minute we’re leaving the old double-deckers behind. Unitrans mechanics already converted one of the vintage buses to compressed natural gas, and Flynn said, “If we can do that, it’s not out of the realm to think about turning them electric.”

Then there’s the question of self-driving vehicles, and what they might do to Unitrans as a place where students dream of working — one of the best jobs on campus, they say. Unitrans has more than 200 student employees, mostly drivers, but others who work on the business side like Flynn did.

Flynn said he’ll let the engineers figure out autonomous vehicles, while doing whatever he can to ensure a place for students in the running of the bus system they started. “We wouldn’t be Unitrans if we didn’t have our student employees and customers. They make this such a great place to work, go to school and live.” 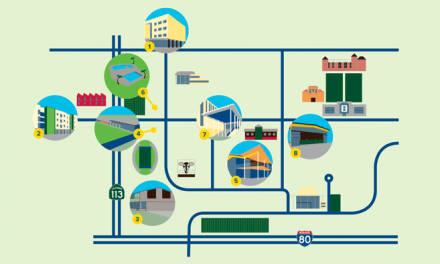 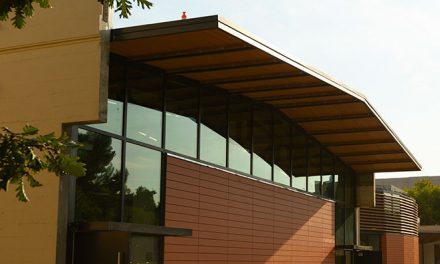