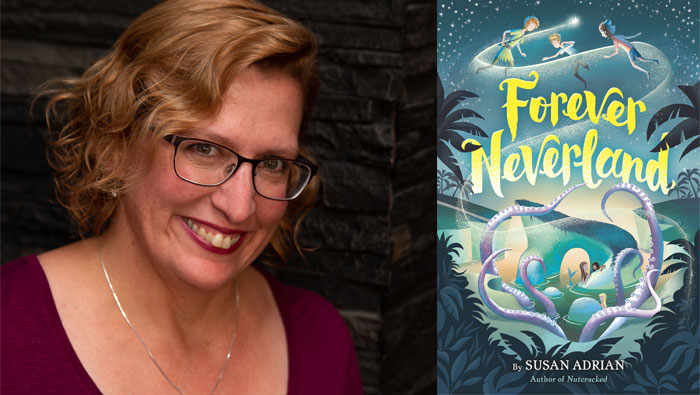 Susan (Caward) Barth ’92 is accustomed to using both sides of her brain.

By day, she’s an editor for the Montana Bureau of Mines and Geology, working on geological reports. And by night (or early morning), she writes children’s stories with fantastical plots and plenty of adventure.

Barth, writing under the name Susan Adrian, has published four books. Her most recent, Forever Neverland (Random House Children’s, 2019), came out in June. A contemporary sequel to J.M. Barrie’s Peter Pan, the book is aimed at middle-grade readers.

“My very favorite books of all time are middle-grade books — A Wrinkle in Time; The Lion, the Witch and the Wardrobe, all of Susan Cooper’s books,” said Barth. “Those are the books I really fell in love with as a kid.”

A Northern California native, Barth grew up in Penryn. At UC Davis, she pursued psychology, before ultimately majoring in English. There, she also first studied children’s literature.

“I absolutely loved [emeritus lecturer] John Boe’s class,” she said. “It was one of the first times I heard that children’s literature was at the same level as all the other types of literature. I think maybe he planted a seed.”

Barth recently spoke with UC Davis Magazine editor Jocelyn Anderson about inspiration and the research behind her ideas.

Jocelyn Anderson: How did you come up with the idea for Forever Neverland?

Susan Barth: That one was interesting because I actually thought of the characters first. They’re brother and sister. Peter Pan was actually the perfect setting for the two characters — Clover is kind of bossy and anxious, and she really likes rules and helping her brother, Fergus, who is autistic. So when they get to Neverland, Fergus, for the first time, is completely comfortable. Lost Boys and Girls don’t care if you flap your hands or are bothered by loud noises. And Clover is really uncomfortable with the fact that there are no adults and no rules to follow. It was wonderful to play with. It’s actually my favorite book that I’ve written so far.

JA: What made you want to feature a character with autism?

SB: At first they just kind of came to me as a dual set. The dynamic between them where Clover just feels this responsibility to help and Fergus would rather be independent. Originally, I thought, “well, I’m not autistic so I can’t write this accurately.” I tried to write just from Clover’s perspective. But after about three chapters I knew that was just wrong. There was no reason Fergus shouldn’t have his voice heard. So I did a ton of research on the point of view of autistic kids and people, not caregivers or psychologists. I made sure everything I looked at was from the autistic perspective. I had autistic readers go through it for me. I hope that I made it as close to the experience as I could. 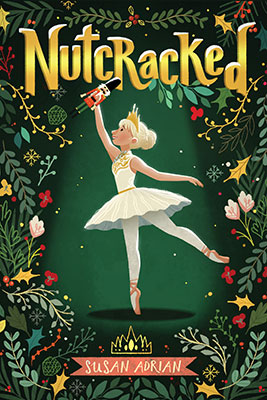 JA: Your previous book, Nutcracked, is also a twist on a classic story. How did you pick the story?

SB: Nutcracked came from a very personal experience. I was a ballet dancer from the ages of 8 to 16 with the Sacramento Ballet. I got to be Clara in The Nutcracker when I was 13, which was extremely exciting. It was kind of my dream. I had always wanted to write a book about that experience. And I just liked the idea of taking it and giving it a magical twist. Those are the kind of books that I liked best when I was a kid — the ones with magic in them.

SB: I am what you call in the industry a “pantser,” which means I write by the seat of my pants. Instead of a plotter. I start with a character and a situation, and I just write linearly. So I don’t actually know what’s going to happen. It can be stressful when you finish the first draft and have a lot of things to change, but I’ve tried to plot things out and it just doesn’t end up being anything like what I plotted out anyway.

JA: I understand you like to take deep dives into different topics. What are you researching these days?

SB: These days I’m researching wild horses. I am writing a book about a girl whose mother leaves her when she’s 3 days old, and when she turns 11 she suddenly starts turning into animals. She discovers her mother was a pooka, an Irish shape shifter. So she goes on a quest to find her mother, who has been hiding as a wild horse. So lots of studying of horses and Irish legends. It’s a good job if you’re curious because even if a book doesn’t work out, I know lots of strange things. 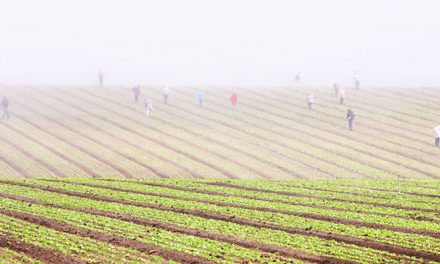