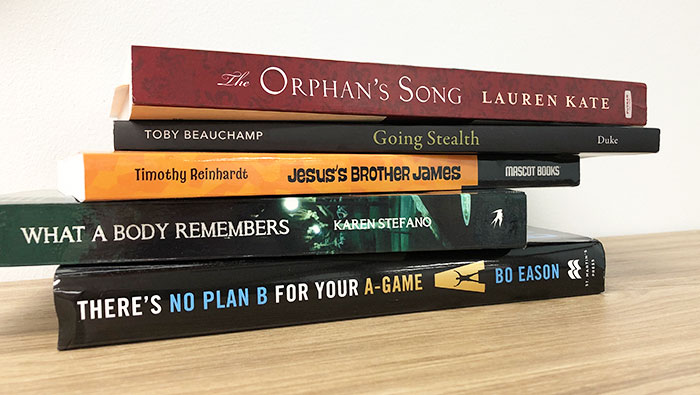 Aggie authors covered a wide range of topics this year. 2019 featured books in the categories of fiction, memoir, children’s and more.

A former U.S. Marine rifleman, Jerry Coker ’76 tells the story of Anna, a woman whose dreams of working in medicine are dashed in 1940s France, in his latest novel Hunt of the Kite (Pocol Press, 2019). 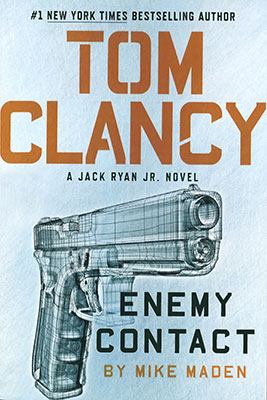 In his second novel, Jesus’s Brother James (Mascot Books, 2019), Timothy Reinhardt ’92 tells a quirky story of four people pulled together by fate and the comedy of their struggles.

Joseph Reid, M.S. ’97, follows up his first novel with False Horizon (Thomas & Mercer, 2019), featuring bestselling book’s main character air marshal Seth Walker. In this story, the protagonist is called to the mountains of Appalachia to investigate a downed plane and encounters an escalating mystery.

Emily Roddy ’98 (under the name Emily Senecal) introduces a dark mystery in Spiders in a Dark Web, a self-published suspense novel released in January 2019.

A time-travel novel, Here and Now and Then (Mira Books, 2019) by Mike Chen ’00 follows Kin Stewart, a secret agent from 2142 as he tries to get out of a botched mission that stranded him in suburban San Francisco — and includes two scenes at UC Davis. 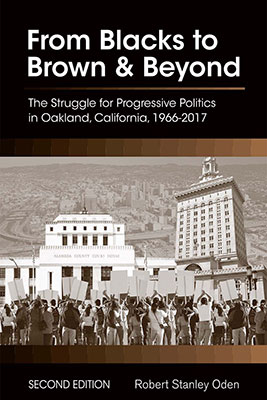 Robert Stanley Oden ’69 offers firsthand accounts of political events and historic moments from the past 50 years in the second edition of From Blacks to Brown & Beyond: The Struggle for Progressive Politics in Oakland, California, 1966-2017 (Cognella Academic Publishing, 2019).

For his 16th book, Thomas Fahy ’94 presents a modern study on America’s preoccupation with body weight, processed foods and pollution through horror with Dining with Madmen: Fat, Food, and the Environment in 1980s Horror (University Press of Mississippi, 2019).

Gregory D. Smithers, Ph.D. ’06, delves into the American Indian history in the Southeast from the time before European colonialism to the Trail of Tears and beyond in Native Southerners: Indigenous History from Origins to Removal (University of Oklahoma Press, 2019).

Turning loss into story, Brian Fies ’83 chronicled his experience in the Tubbs Fire with a graphic memoir A Fire Story (Abrams, 2019).

Karen Stefano, J.D. ’90, goes back in time with What a Body Remembers (Rare Bird Books, 2019) to recount a devastating assault and later journey to track down her assailant. 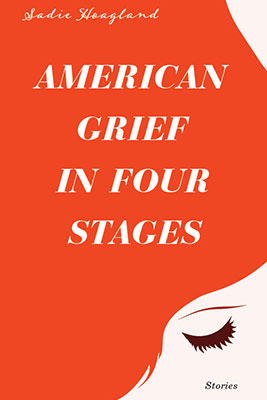 Andrew Karpinski ’15 contributed to The Unraveling: Sixteen Inherited Mysteries, self-published as part of a final project for his master’s degree at the Columbia Graduate School of Journalism in 2019.

The latest children’s book by Erin Dealey ’70, Cred. ’72, is Snow Globe Wishes (Sleeping Bear Press, 2019), a holiday story about a little girl who awakens to a winter wonderland outside.

Susan (Caward) Barth ’92, under the name Susan Adrian, delivers Forever Neverland (Random House Children’s, 2019), an adventure book and contemporary sequel to J.M. Barrie’s Peter Pan. The story introduces descendants of the character Wendy — one who is neurotypical and one who has autism.

Bo Eason, a star football player for the Aggies from 1979 to 1983, shares tools and tips for achieving positive results in his first book, There’s No Plan B for You’re A-Game (St. Martin’s Press, 2019). 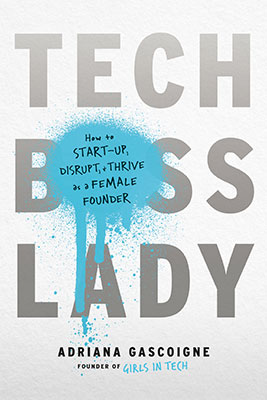 As founder of Girls in Tech, Adriana Gascoigne ’00 offers firsthand accounts of the realities of startup life and advice for how to thrive as a female founder in Tech Boss Lady (Seal Press, 2019). 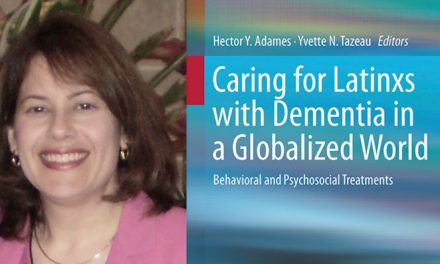 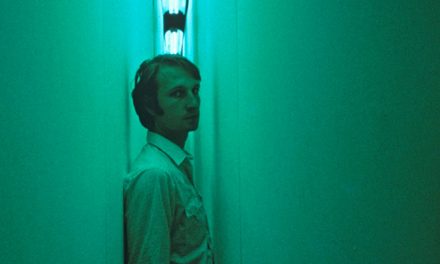