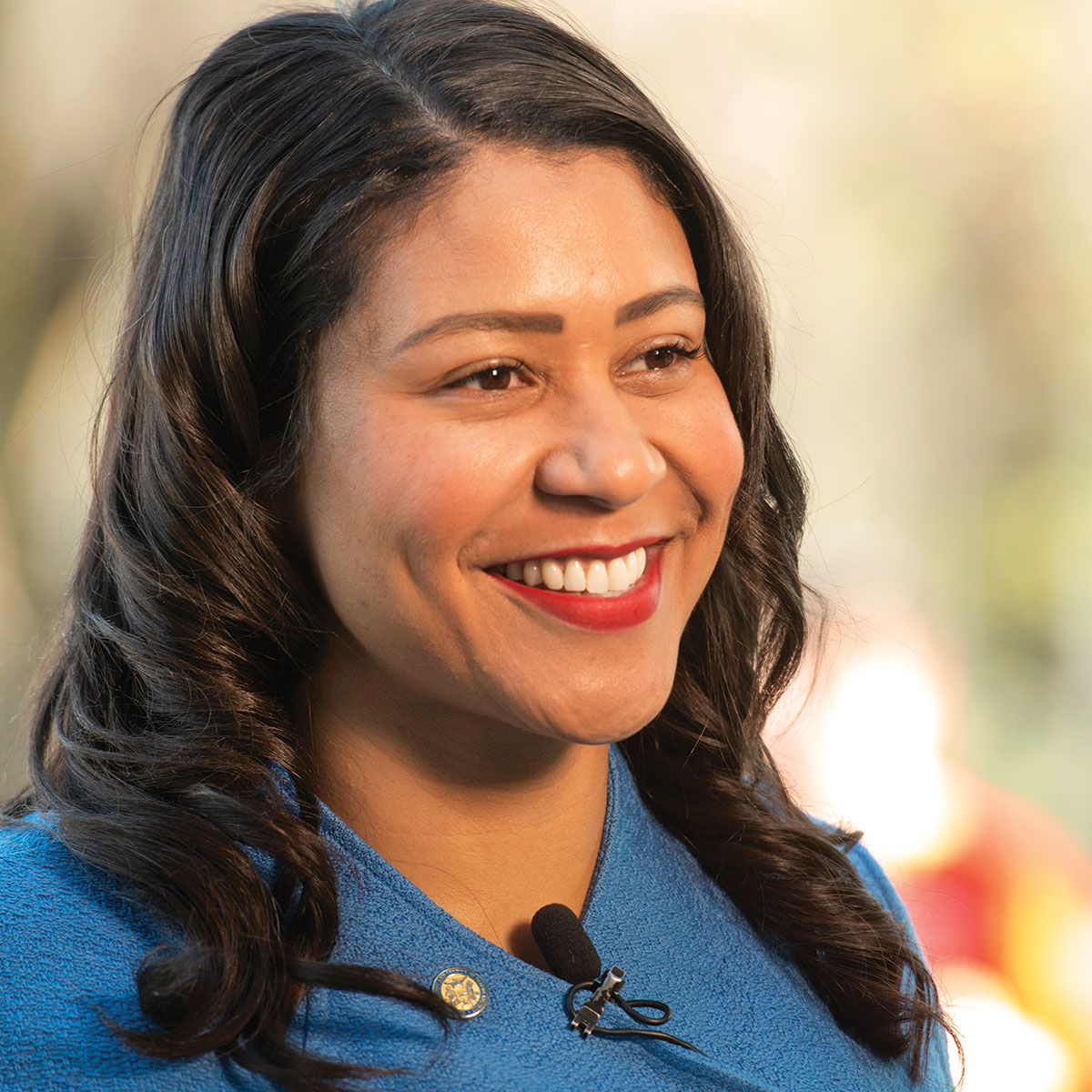 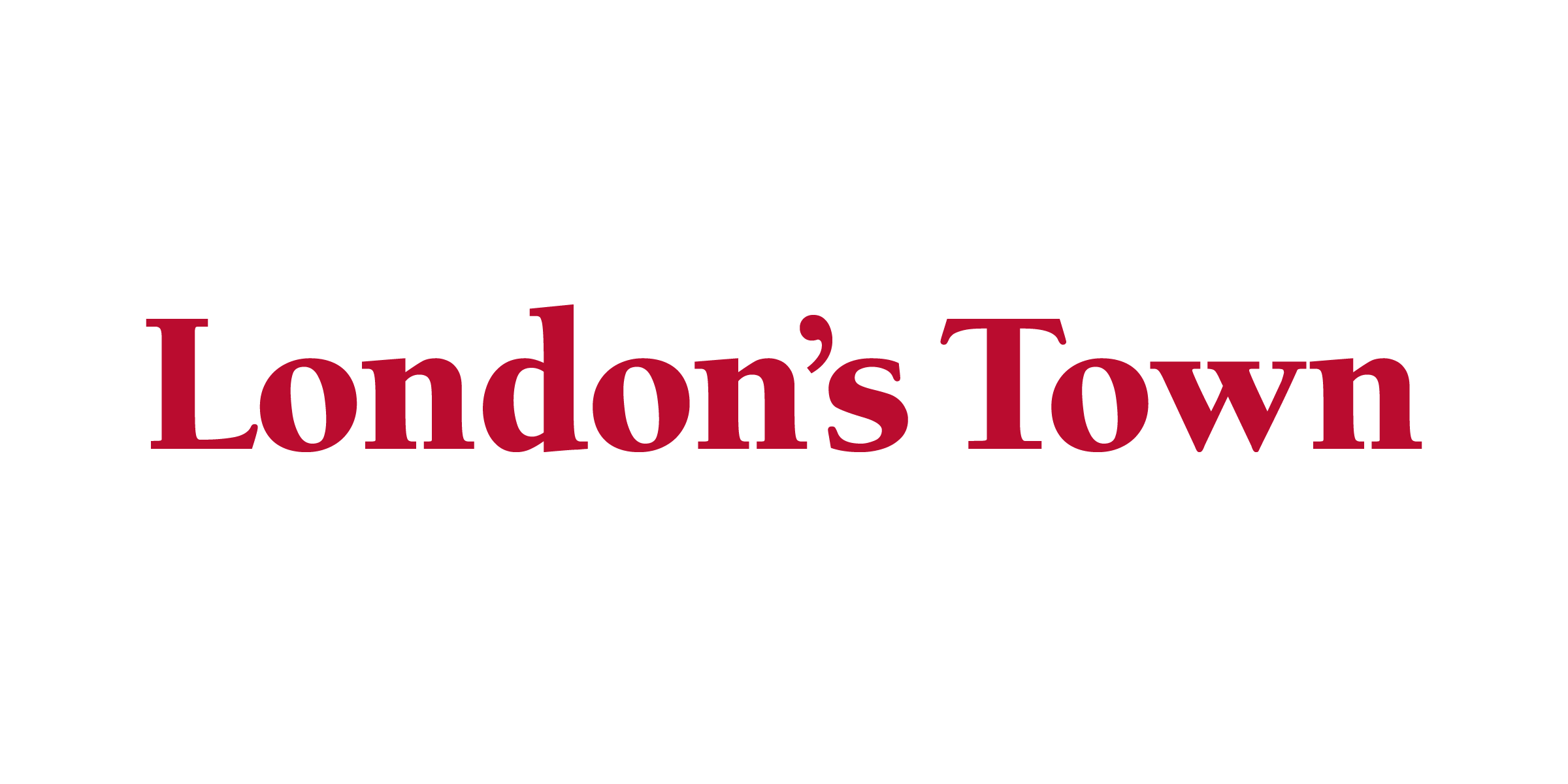 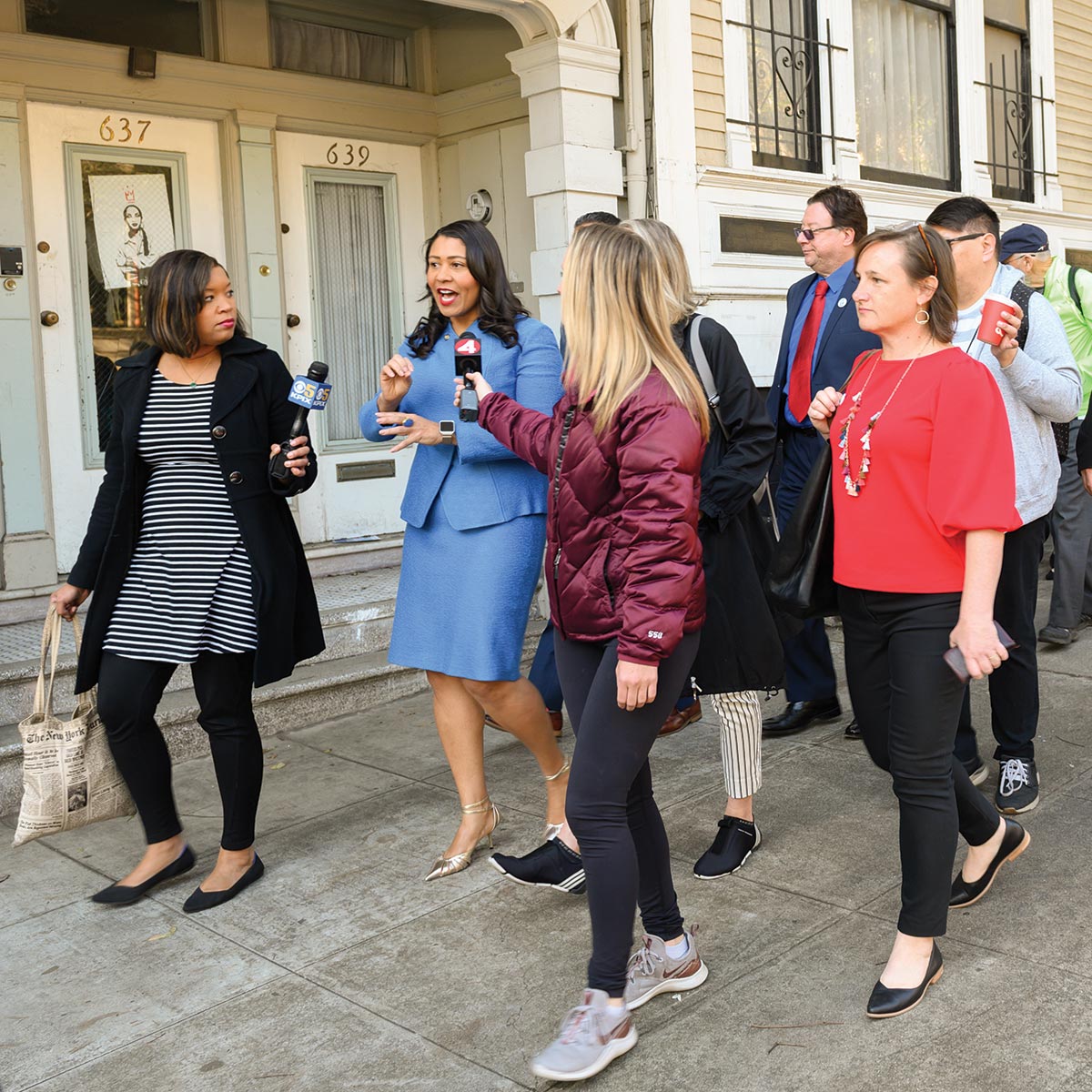 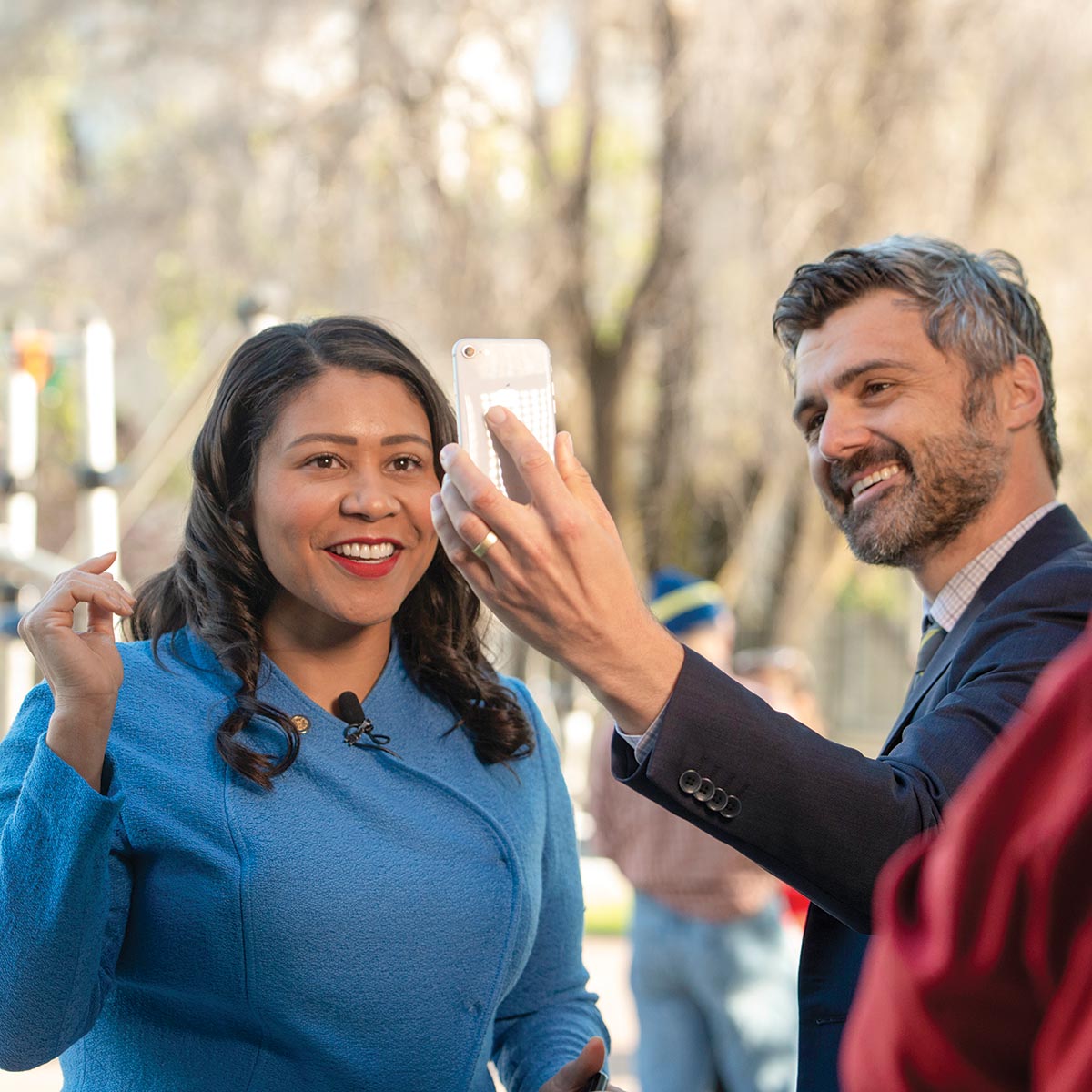 Elected mayor of San Francisco last June, London Breed shares what she learned at UC Davis, her proudest achievement and the path not taken.

The 43-year-old became the first African-American woman to be elected mayor of San Francisco after a hotly contested election. It’s her highest profile position in a career that’s been devoted to public service in her hometown.

But Breed didn’t envision working in politics when she started at the UC Davis. Raised by her grandmother in public housing in the city’s Western Addition neighborhood, Breed grew up in poverty and in an area wracked by violence. Great teachers and smart programs, she said, gave her opportunities to flourish despite the obstacles.

She landed her first paid internship, at 14, at The Family School as part of the Mayor’s Youth Employment and Training Program under then-Mayor Art Agnos. Around that time, mentors, like high school teacher Ms. Luke, pushed her to consider college. After graduating with honors from Galileo High School, she enrolled at UC Davis, majoring in political science.

The plan, she said, was to use her degree — and her later masters’ degree in public administration from the University of San Francisco — to be “actively engaged to help support and change policy so that it could positively impact my community,” she said.

But politics came to her.

Formerly the executive director of the African American Art Culture Complex, Breed served on the Redevelopment Agency Commission and was elected to San Francisco’s Board of Supervisors in 2012; in 2015, she was elected its president. In that position, she was next in line of succession to the mayorship when Mayor Ed Lee suddently died in December 2017. She had served as acting mayor for a little more than a month when she was replaced by the Board of Supervisors over fears that her incumbency would give her an advantage in the election.

Undaunted, Breed won election in June 2018 to serve as mayor for the remainder of Lee’s term, which runs through 2020.

In the top spot, she’s working on an ambitious slate of projects aimed at some of the city’s most intractable problems: Homelessness, drug addiction, home affordability and youth poverty. Here, Breed reflects on her days at UC Davis, her vision for San Francisco, and what life might have been like if she’d followed a different path. 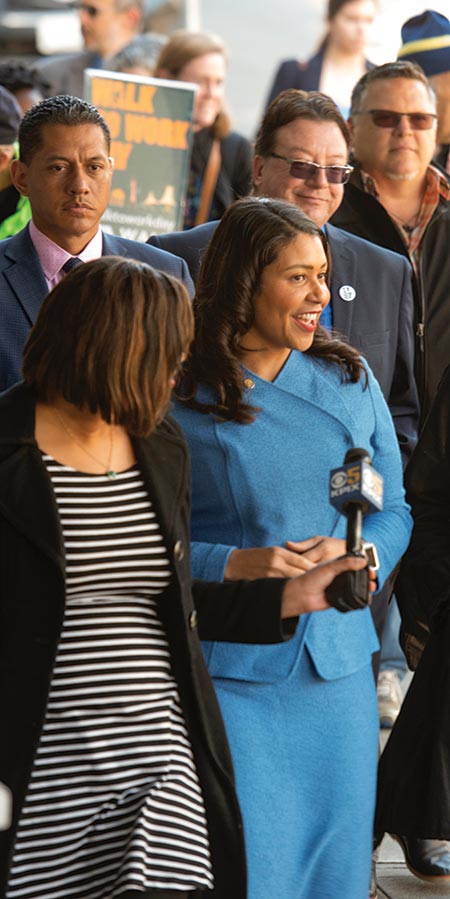 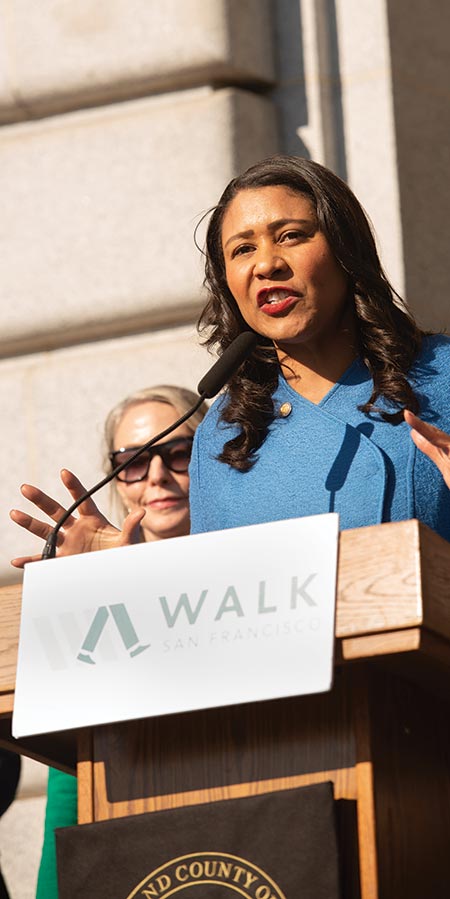 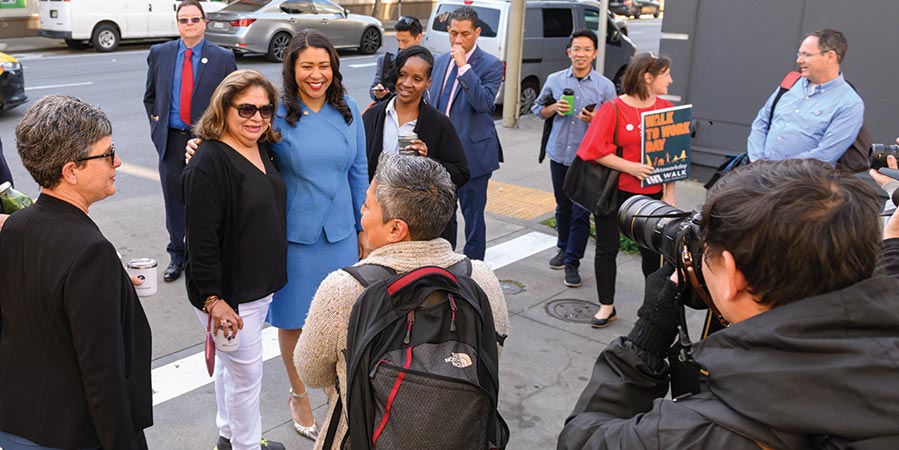 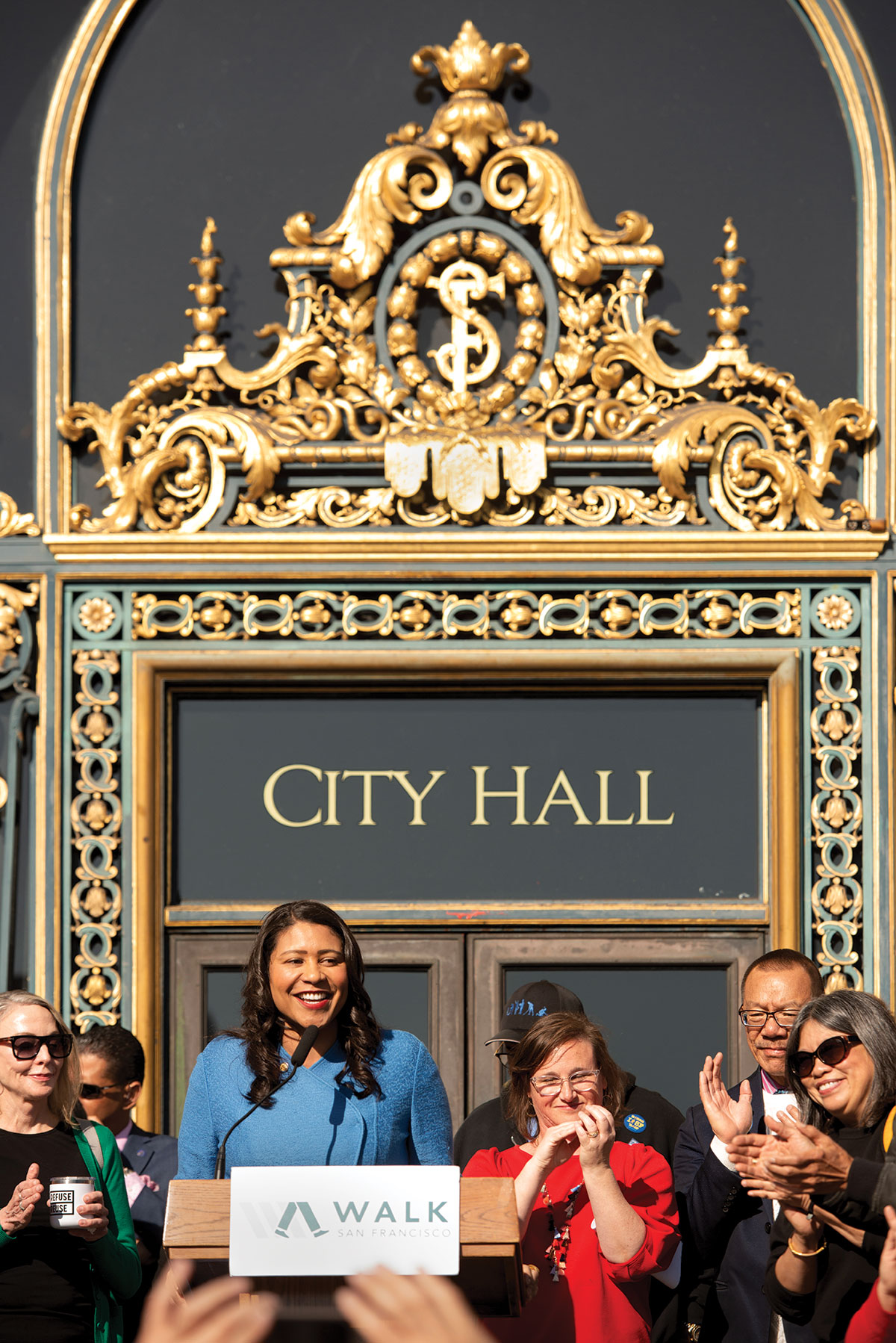 Above, and top: London Breed celebrated Walk to Work Day in April, leading a group of city leaders and residents on a short stroll to San Francisco’s City Hall.

You’ve said that a strong support system in high school led you to consider college. What drew you to UC Davis?

UC Davis was actually one of the first colleges I learned about. I was in 11th grade in Ms. Luke’s U.S. government class, and a recruiter from Davis came to talk to us about the school and the requirements to get in. When I got in, I was really excited.

Did you know then that you wanted to pursue public service?

When did you switch from the sciences?

I was a bit of a clumsy chemist, spilling methylene chloride and liquid nitrogen. And I was too impatient to be a chemist. And — chemists might kill me for this — I wasn’t getting excited about it. I mean, I got excited when my crystallizations finally happened, but it took so long to get there! I was taking a number of African American studies classes, and I started looking at literature and wanting to do more writing and more reading and more discussions. I started taking some political science classes because I was interested in politics, and that’s what led me down that path. I did the political science/public service major, where you also had to do an internship. When I changed my major to political science, I didn’t necessarily think I was going to be an elected official.

How does what you learned at UC Davis influence your leadership style?

We learned about great philosophers, and we learned about how they used philosophy, in terms of how you live and how you treat others. When you make decisions about people’s lives, a lot stems from looking at how you make the decision and how it might impact somebody’s life. And as someone who grew up in poverty, there were some great policies that had a positive impact on my life, and then there were, sadly, really horrible policies that destroyed my community. My education at UC Davis helped me think things through in terms of how decisions and policies are made.

What’s your top priority as mayor?

We have a lot of challenges in San Francisco — and people want to fix everything now. And I do understand that because I feel the same way. I’m a San Franciscan; I want to fix it today. Whether it’s a pothole, or getting around and our public transportation system, or people who unfortunately are homeless or have a substance-use disorder. We’ve made significant progress. We’ve been able to get over 1,000 people off the streets, which has been amazing, since I’ve taken office — the second time. But what I’m most proud of is an initiative called Opportunities for All.

What is Opportunities for All?

Opportunities for All involves making sure that every high school student in San Francisco has access to a paid internship, if they want one. I want to make sure that every kid in San Francisco is not only doing what they need to do in terms of their education, but that they’re getting life skills early enough so that they can [access opportunities like] working for a Google or working for the city of San Francisco or working for a nonprofit or working in health industry or learning to be a journalist or learning to be a mechanic. We don’t want money to be a barrier to their success, and that’s where paid internships are so important: so that these kids can do whatever they want in the future. 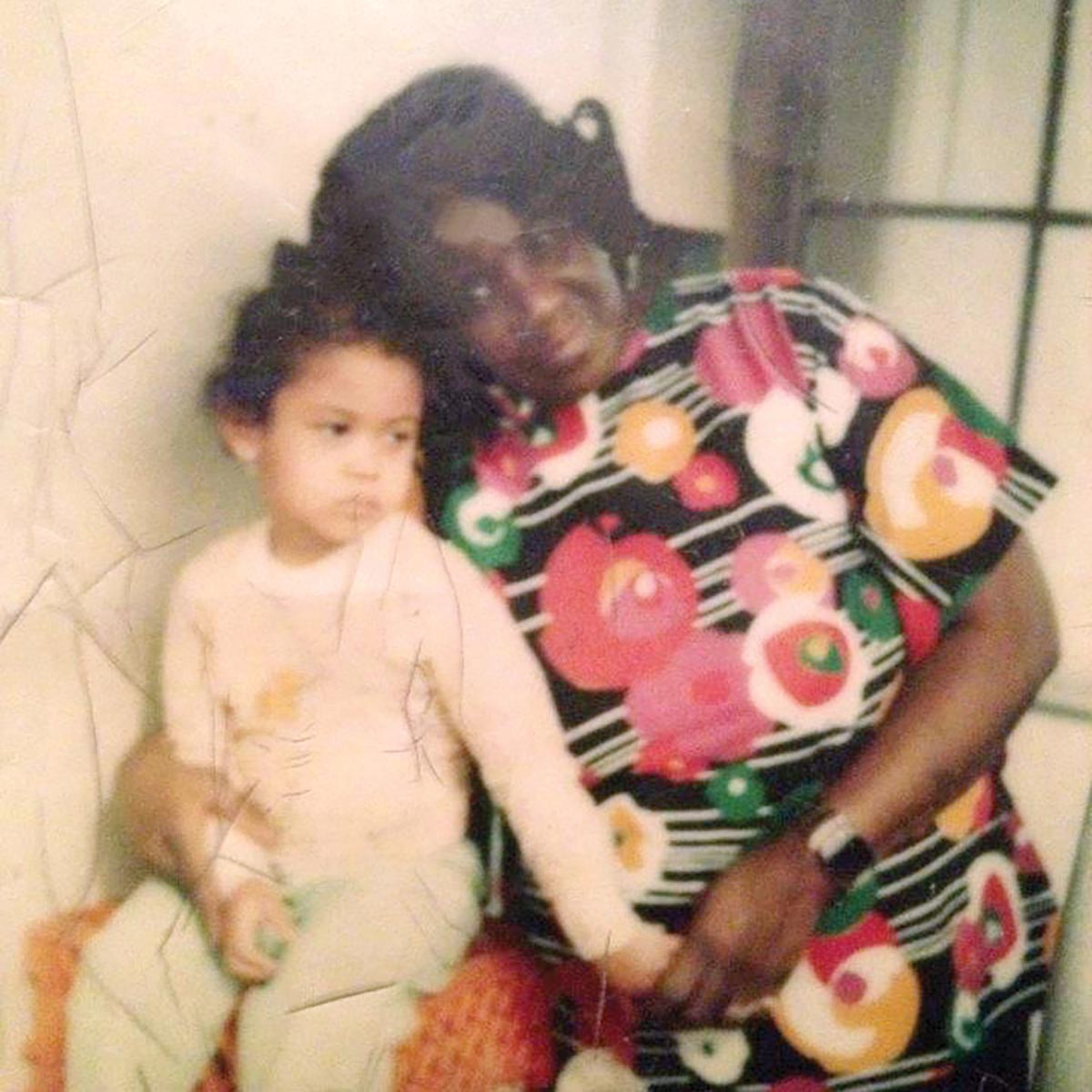 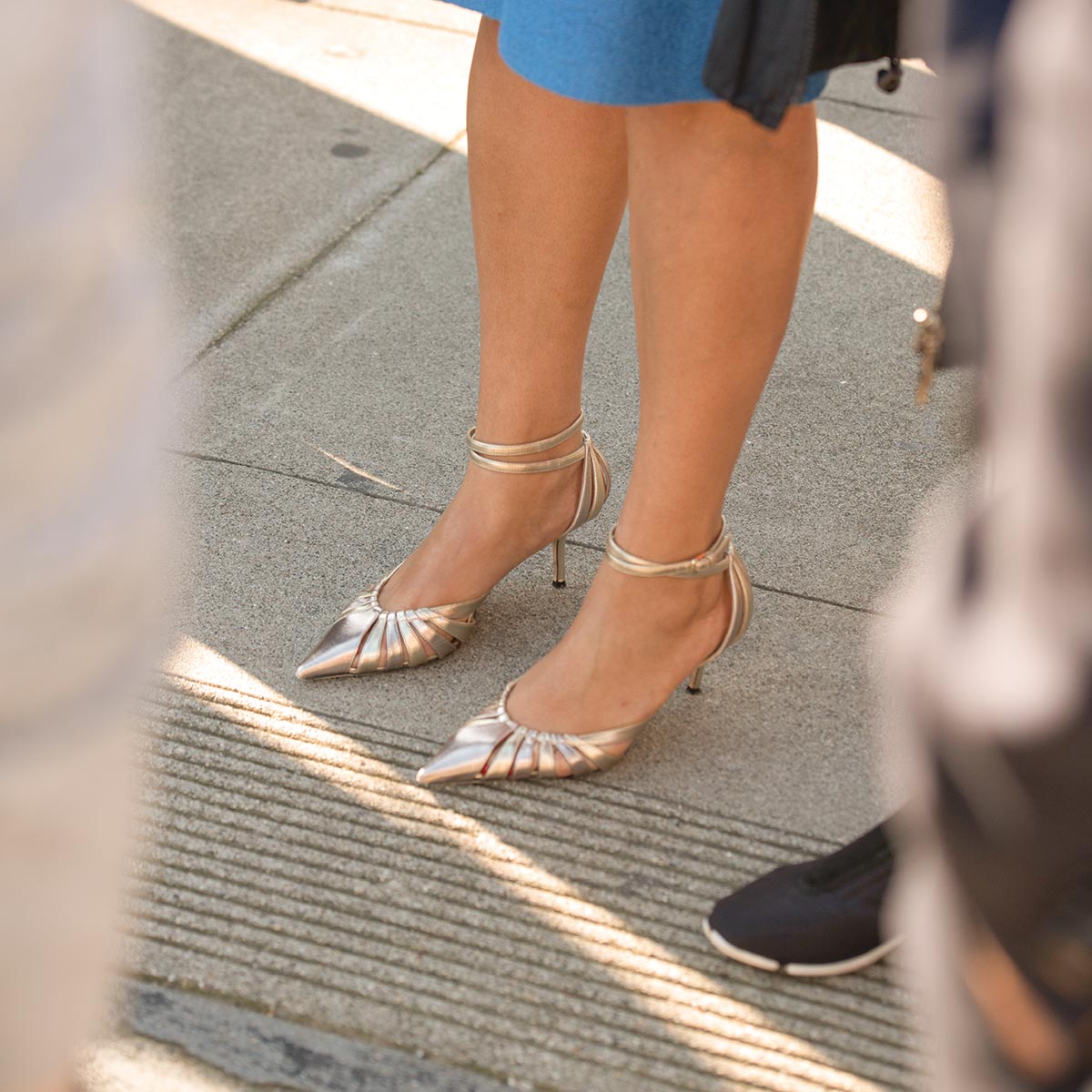 Far left: London Breed at age 3 with her grandmother who raised her, Comelia Brown, in 1977. Left: Breed walked to work in heels on this year’s Walk to Work Day and stopped to talk to constituents along the route.

Above, top: London Breed at age 3 with her grandmother who raised her, Comelia Brown, in 1977. Above: Breed walked to work in heels on this year’s Walk to Work Day and stopped to talk to constituents along the route.

What do you think other cities can learn from San Francisco?

In San Francisco, we’re willing to take risks. When there are major challenges, we have a history of stepping up and doing things that other cities have followed, including same-sex marriage. And cities learn from each other. In Vancouver, Canada, where I had an opportunity to visit, they have safe injection sites [supervised places where people can safely use intravenous drugs without fear of arrest]. It’s something I want to implement here. And although we’ve not been able to implement safe injection sites anywhere in the country, I think the fact that we have launched an informal public awareness campaign to educate people has really transformed people’s opinions. There was a poll done by the San Francisco Chamber of Commerce that showed almost 70 percent of San Franciscans support the idea of doing it. Being willing to take those kinds of risks is something that I think San Francisco has really led the way on, and we have proven to other cities throughout the country that it can possibly be done. And you know what? If it’s not a good idea, if it doesn’t work, then it’s OK to scrap it and try something else. But you can’t be afraid to take a risk in order to address the challenges we know we face.

It seems like all the pieces fell into place to bring you to where you are today. Do you ever think about what could have been different in the direction your career has gone?

I do have a regret from when I was at UC Davis. I didn’t know anything [then] about wine or winemaking. I went to Napa for the first time [recently], and I fell in love with the wine country and with wines. If I had I known this world existed, I think I probably would have chosen to change my major, and I would have been a winemaker. And the school has a great reputation [in that area]. I didn’t even know that when I went to UC Davis, so I feel like I missed out. But here I am: I’m mayor. [Laughs]