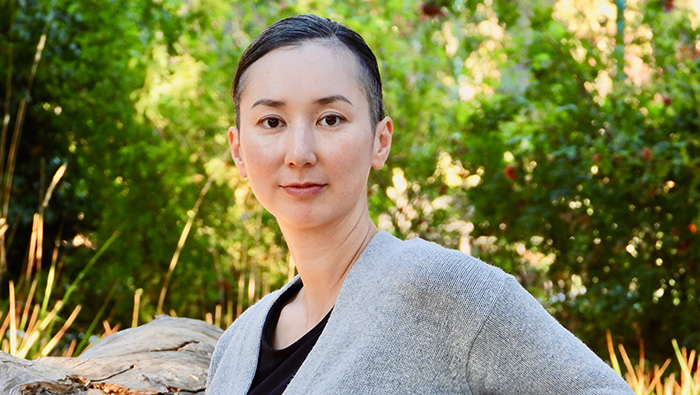 Andrea Stewart ’04 said she felt incredible when she finally launched her dream career as an author. Although the economics major’s educational path had been unconventional, Stewart said UC Davis broadened her worldview and strengthened her writing style.

“There’s a lot more gray in the world than I think people tend to appreciate,” Stewart said. “Studying economics at UC Davis helped me grow as a writer because I don’t ascribe to black and white or good and evil in my writing.”

Stewart said she enjoyed learning about current events and business law for her degree because she was able to grasp the nuance and complexity of the world. Her professors broke down concepts and events in a way Stewart had not considered before. 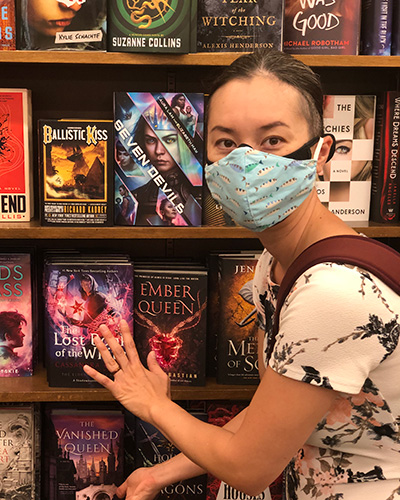 Stewart’s debut novel, The Bone Shard Daughter, was published during the pandemic and sold in bookstores across the U.S. (Courtesy)

Combined, her first and second books have more than 3,000 positive reviews and are editor’s picks for best science fiction and fantasy on Amazon. Together, the first two books have sold more than 100,000 copies.

“It’s the best feeling in the world to be working full time doing what I love,” Stewart said. “The whole process of going back and forth with my agent on the different offers for my first book was exciting because so many parties were interested.”

This year, Stewart sold another three-book series called The Gods Below to Orbit in a six-figure deal. With the first book to be published in 2024, the series is set in a world where ancient magic has wreaked havoc, and precious stones impart magical abilities to those who can control their power.
“For me, writing is about exploring different ideas and themes. I want people to feel something, like they’ve gotten a new perspective,” Stewart said. “That’s why I love getting fan mail from people who feel like they really connected with some of my characters or felt some joy in a dark time.”

“I always say that epic fantasies are my one true love because you can explore different aspects of a world that you’ve built,” Stewart said.

Stewart’s journey breaking out as an author required patience and a few detours. Throughout her studies at UC Davis, she continued to write.

“There were a lot of books that I started writing but did not finish,” Stewart said. “I also wrote many short stories, but it wasn’t until I was actually at UC Davis, I finished my first full-length adult novel.”

While Stewart would have loved to jump right into writing after graduation, she said it did not make practical sense. Therefore, she held various jobs, starting as an entry-level office technician for the state and eventually ended at UC Irvine as a compliance officer for contracts and grants.
“I definitely think having a degree from UC Davis helped me find a job right away,” Stewart said. “Being able to sustain myself and continue writing was the best path because I knew publishing is a really fraught career. It’s got a lot of ups and downs and it’s very difficult to break into.”

Stewart’s love of storytelling started when she was as young as 3 years old. According to her mother, that was the age when Stewart dictated a story to be written down.

“I always say that epic fantasies are my one true love because you can explore different aspects of a world that you’ve built,” Stewart said. “I usually start with what I call a story seed, just a small idea that I find interesting and then add thematic elements.”

She also draws inspiration for her books from everyday encounters.

“The idea for The Bone Shard Daughter came when I was out at lunch with some friends and my friend almost choked on a sharp bone,” Stewart said. “Then I started thinking, ‘What if I use bone shards for some kind of magic system?’ I then built the book from there.”

Science fiction and speculative fiction are two genres Stewart said she enjoys writing. With Stewart’s recent deal with Orbit, she added she feels that her career as a writer is largely set.

“A lot of people look down on fantasy or science fiction as being fluff, which I would humbly argue against,” Stewart said. “I feel like it allows us to explore serious issues in a way that doesn’t feel confrontational to people. We can get under somebody’s skin and show them something they might not have considered — and I love that.” 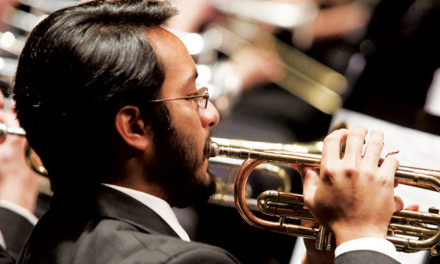 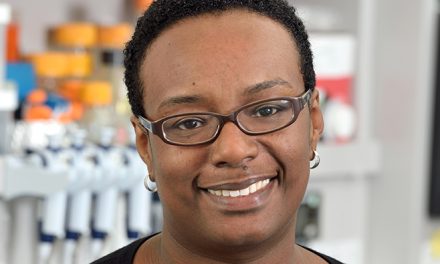 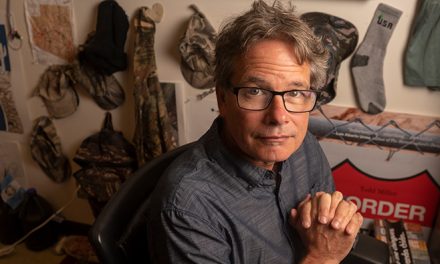