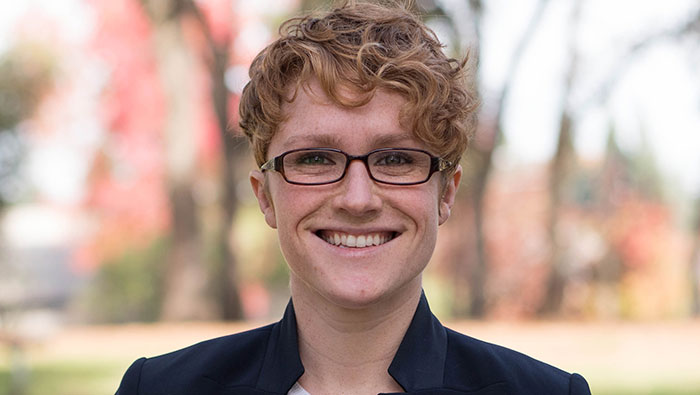 Amanda Lipp ’14 learned to better express herself with a box of crayons, and now she is helping others find ways to share their feelings and improve their mental health.

After avoiding treatment for mental health issues during her freshman year of college while at California State University, Chico, an episode of psychosis that she attributes to stress, lack of sleep and substance abuse sent Lipp to a psychiatric hospital. While there, a hospital staffer suggested creating crayon sketches to help caregivers and her family understand what she was feeling.

“I wanted to help others, but realized I first had to acknowledge and express my own adversities and vulnerability,” she said. “I hope no one ever has to go through that level of crisis where they drop out of school and are in a hospital and have to crawl back up a ladder.”

She now is a public speaker, documentary filmmaker for Lipp Studios, founder of The Giving Gallery, a website that sells art to support mental health nonprofits, and serves on the board of the National Alliance on Mental Illness. She said she hopes her efforts will help mental health care become more personalized and tailored to people’s individual experiences.

Lipp has produced short films telling the stories of young people with psychosis or schizophrenia, and said she aims to “open a discussion” among people with similar experiences and their caregivers.

“We need to normalize the conversation by acknowledging we all have mental health [issues] at some point in our lives,” she said.