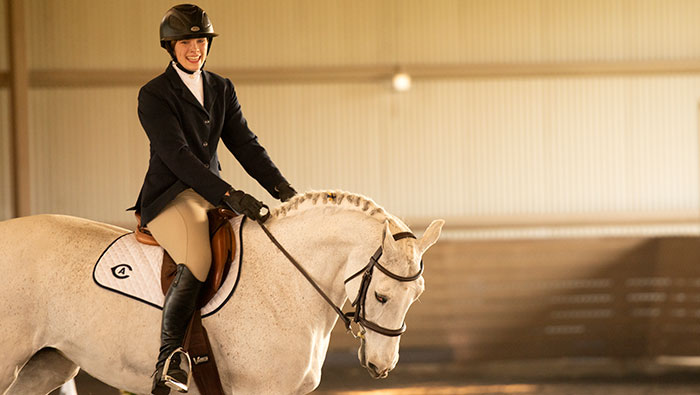 Announced in May 2018, the team, along with beach volleyball, aimed to increase women’s participation in campus athletics in accordance with Title IX. UC Davis’ history with horses helped. The campus is home to the only recreational equestrian center in the UC system, founded in 1962, and has four different club equestrian teams: western, dressage, hunter jumper and event.

In July, Jessie Weisinger became head coach and immediately began the team-building process, which included getting both riders and horses, and creating a schedule of practices and events.

“It’s been fast and furious,” Weisinger said, describing the process. “You come here and you know what you’re getting into. And getting enough horses, bridles, saddles, gear rounded up and secured so we could even host tryouts, that was big.”

Fortunately, Weisinger brings plenty of experience to the job. She worked at her alma mater, Texas A&M, coaching its horsemanship team and helping those Aggies win the National Collegiate Equestrian Association reining event championship. Assistant coach Jill Humphrey joined her in September, and together they planned to hold tryouts in October. 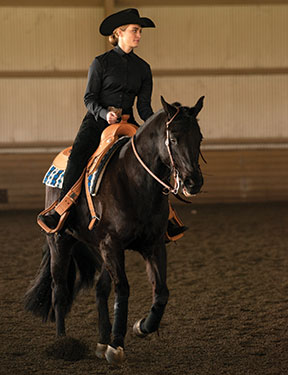 First-year student Laura Wise recalled the meeting before tryouts began. “I saw all these girls and little freshman me was terrified — I knew this was really important to me,” she said. “Plus everyone was a really amazing rider.”

But Wise, who has been riding for 13 years, said the actual tryouts were another story. “When I was on a horse, I told myself, ‘OK, you know what you’re doing — just do what you’ve trained to do.’”

Once tryouts were finished, Weisinger turned to another pressing matter: recruiting riders. “There is a lot of time and energy and effort and hours spent just trying to get a good class for next year coming in as freshmen,” she said, a process that includes inviting potential recruits to Davis and having them tour the campus.

However, during recruitment, another hurdle arose. The first week of scheduled practice was put on hold when the campus shut down due to wildfire smoke. It put the new team two weeks behind.

The delay — especially for a new team heading into competition season — felt daunting, said Wise. “But all the girls were really reassuring. And when practice started, we knew everyone had each other’s backs,” she said.

With most of their meets out-of-state, that support served the team well. However, all six meets slated for the team were initially away, so Weisinger had to push for two at home to lessen the amount of travel. “When I say it’s been nonstop, it’s been nonstop,” she said.

The effort has paid off — there has been no shortage of interest in equestrian; Weisinger said about 50 women tried out. There has, however, been a shortage of horses.

The team needed horses — donated or leased — to be able to begin. In January, when the season was slated to start, an open call for horses remained on the team’s website.

Luckily, donors came through, and at their first home meet on Jan. 31, the stands were packed with a captivated crowd to witness the team’s first win, 10-5 against Delaware State.

Seeing the team grow and succeed from the ground up is reminiscent of Weisinger’s time as a collegiate rider, because she started on a club that became a Division I team.

“It’s been really neat for me to see how much the program at A&M has grown over the past 20 years, and now getting to lead a program as a coach, in that same aspect — sometimes I have to pinch myself,” she said.

The UC Davis team finished with a 1-5 record when the regular season ended Mar. 30 and went to the NCEA championships in April. Weisinger acknowledged the work the team must put in to continue getting better. “Next year will be our first full year, and we’ll still have a lot of learning curves,” she said. “All I can do is hope that we keep getting better every time we come out to the arena and when we’re in the weight room and when we’re in the classroom studying.” 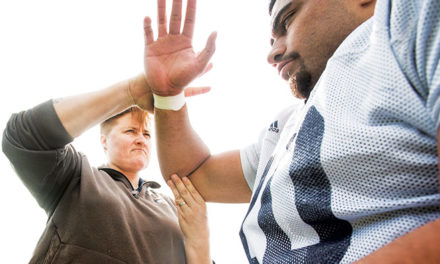 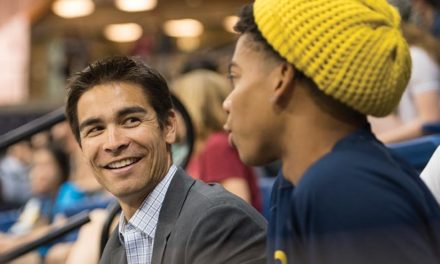